Lost In Translation, Japan and Poetry of Place 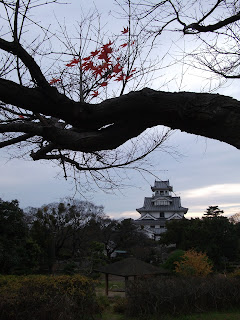 I first watched Lost In Translation shortly before visiting Japan in 2004. Although I've seen it several times since then, I watched it for the first time in years about six or eight months ago, and it hit me rather hard. I realised that it reminded me of a lot of things from the past ten years, one way or another. The middle-aged actor Bob (Bill Murray) is there to promote Suntory whiskey when he meets Charlotte (Scarlett Johansson). On my first visit, in 2004, I brought back some Suntory whiskey for the friends in Dublin who had made me sit down and watch Lost In Translation before I left - that went down rather well. On my second visit, in 2010, I bought a miniature bottle of Suntory for someone in London who, in the end, I never gave it to.

Lost In Translation is definitely a film which polarises people - almost everyone I know who has seen it either cites it as one of their favourite films (that's me), or says it was bland or insipid or boring or words to that effect. I just found it incredibly realistic and rather moving, in terms of the characters in their interactions. I wouldn't say that it offered a lot of insight into Japanese culture, though the glimpses are entertaining and fascinating - the main characters don't make that much effort to really engage with the culture around them, so they remain outsiders. Not that it is a culture where it is particularly easy to become an insider.

But Japan is one of my favourite countries, after two visits to see one of my (Western) friends and her (Japanese) husband. It is a country where you can have so much fun, exploring the old and beautiful history, art and architecture, or running through the modern playgrounds of the cities and the futuristic technology. And everything works smoothly and everyone is so polite... My shining memories tend to surround the time I spent with my friend, and with her delightful friends, and marveling at the beauty of the castles, like the airy Himeji, and the gardens of Kyoto, and the otherworldly Ursula Le Guin archipelago of Okinawa. Oh yes...and shopping a lot, and sampling all of the amazing food that I possibly could. (Japan is my number one culinary destination.)

Returning to Lost In Translation, I see this above all as a movie about dislocation and feeling isolated (which can happen anywhere - even at home) and about the place where you are reflecting your state of mind. The latter is particularly interesting, and relates to poetry. I've consistently found that when I write poems about places - which I often do - the place (usually a city) ends up acting as a mirror and as an excavator; it reflects my state of mind and my preoccupations, and uncovers more. Every city reveals something different, of course. With other human beings, you have a different chemistry (in any kind of relationship) and thus a different way of relating to everyone; cities are like this as well because they all have a differing energy. I know sometimes that my experience of a city could have been quite different if I had visited in different company; or alone; or happier; or sadder. I remember that Tokyo, which I only visited in 2004, struck me as fascinating, but cold. I was living in Ireland and having a hard time when I took that trip, and while in Tokyo I was either alone, or with people I didn't know that well. I am not sure if I would have found Tokyo exactly warm under different circumstances, but it would not have been the same, I'm sure.

I thought of this in relation to poetry partly because of the workshop I took with Kapka Kassabova at Poetry Parnassus, which was about poetry of place and travel. One way to approach this is by allowing the place to tell a story about your state of mind, or a process you are going through in your life, or something similar. This is often where I turn out to be coming from when I write these poems, although it can be an unexpected result. Among others, we looked at the poem 'Finisterre' by Sylvia Plath, and Kassabova's own wonderful poem 'How to build your dream garden'; these are great examples. In 'Finisterre', Plath's lonely and morbid state of mind surges overwhelmingly out of the poem's imagery:


The cliffs are edged with trefoils, stars and bells
Such as fingers might embroider, close to death,
Almost too small for the mists to bother with.


I feel like I should revisit some of the places I've been to but have not yet written about, and explore them again through poetry.

Japanese poetry is a largely unknown world to me as yet, but I found this beautiful translation of a Kobayashi Issa haiku, by Robert Hass. It also strikes a poignant note as it involuntarily brings up thoughts of the 2011 tsunami.


The snow is melting (Kobayashi Issa, translated by Robert Hass)

Posted by Clarissa Aykroyd at 00:25