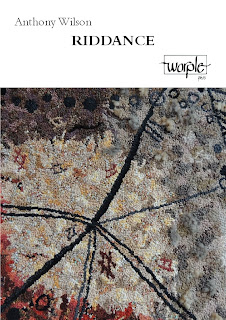 
Poetry of health and sickness is not an area which I have yet explored much. Recently I have been reading Jo Shapcott's Of Mutability, which revolves in part around her experience of cancer. It is an area which holds a lot of possibilities for close exploration of the links between mind and body, between the individual and society...but I think it's something I naturally shy away from, a little.

In my teens and early twenties in particular, a number of friends and family members died of cancer. While I also  have a lot of happy memories from this time in my life, there frequently seems to be something grey and bleak hovering about, and I definitely have some blanks in my memories which are not where I would have expected them to be. These years of sickness and death amongst those we loved culminated in my father's diagnosis with non-Hodgkin's lymphoma, more than ten years ago now. This was a great shock and felt like a bad continuation of a pattern that was becoming set in stone. Thankfully, after some months of radiotherapy, he was declared completely clear of the illness, which has not returned.

It was partly because of the experiences of those around me that I turned to Anthony Wilson's collection Riddance with so much interest. The poems revolve around his own experience of non-Hodgkin's lymphoma, which time-wise seems to have followed a similar trajectory to my father's - around the start of the calendar year and into autumn.

Sharon Olds, winner of the 2012 T S Eliot Prize, was recently quoted as saying "I want a poem to be useful", and this came back to me as I read the poems in Riddance. This is a collection which could genuinely be useful to those confronted with serious illness - either those who are ill, or those who care about them. I have realised that when someone you loves becomes sick, it is very difficult - but very important - to think first about what would be most useful and helpful to them, not to you. The first words that spring to mind could be useful to you but might be not at all useful to the sufferer. A poem such as 'What Not to Say' confronts this: "I couldn't care which website you visited/explaining it really clearly./And you could try not calling me brave./Invite me to dinner. Offer me water."

As I read Riddance, I felt as though I was walking through rooms in a house. (I believe that I came across a similar metaphor in another review of the collection, though I can't now remember where.) Some of the rooms have good lighting; some are dark; some invite you to stay, and some are less inviting. They are not necessarily chronological, though they all connect in some way to the central theme - even the poems which conclude the book and seem unrelated to the theme of illness and recovery. Anthony Wilson says in his introduction that these "are an attempt to recover and celebrate all that seems most essential and affirming about the act of living." Among these, I particularly liked 'We Introverts' (well, I would): "We protect the silence at our core/with perfectly improvised chatter/and long to be home."

The shifting perspectives of the various poems particularly interested me. We get a sense of how Anthony related to his illness: as personalities to be addressed ('Tumour', 'Wart'), as something which connects him in a variety of ways to the (forwards and backwards) passage of time ('The Other Life', 'November'), and so on. I found the play of perspectives particularly subtle in this poem.


MAN IN A FLEECE (Anthony Wilson)


I disappear into grey folds,
its soft creases of flesh
which match my own.

I turn up the collar
and shuffle to the shops
for milk, the paper I will not read.

Next to you in the queue
I could be anyone,
someone fit, a jogger.

I stroke my second skin.
It catches the light in beads
which ripple up then down my arms.


The fact that an observer is likely to think that the narrator is healthy - or to not think about it at all - is both sad and hopeful. I know from experience that it can be too easy to perceive someone who is seriously ill purely in terms of their illness, almost as though they were the illness. In this poem, the speaker seems to escape and to be trapped, at one and the same time. The "beads/which ripple up then down my arm" made me think of both dewdrops, and tears; hope, and sadness.

I also found the long poem 'All Lives, All Dances, All is Loud' very moving - this was written for Anthony's friend Lucy Mason, who died of lung cancer. This poem confronts ideas of the narrative of a person's life - including illness, and more than illness - in a very personal and touching way.

Riddance is fine poetry on its own merits, and I think it also fills a need both emotionally and practically, in the difficult area of poetry about illness. 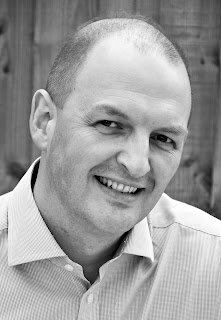 Anthony Wilson is a poet and writing tutor, and a lecturer at the Graduate School of Education, University of Exeter. He has held writing residencies at The Times Educational Supplement, The Poetry Trust, Tate Britain and The Poetry Society. He is co-editor of The Poetry Book for Primary Schools (Poetry Society, 1998) and editor of Creativity in Primary Education (Learning Matters, 2005). Worple Press has published two previous collections: NOWHERE BETTER THAN THIS and FULL STRETCH: POEMS 1996-2006.

The Worple Press website can be found here: http://www.worplepress.com/