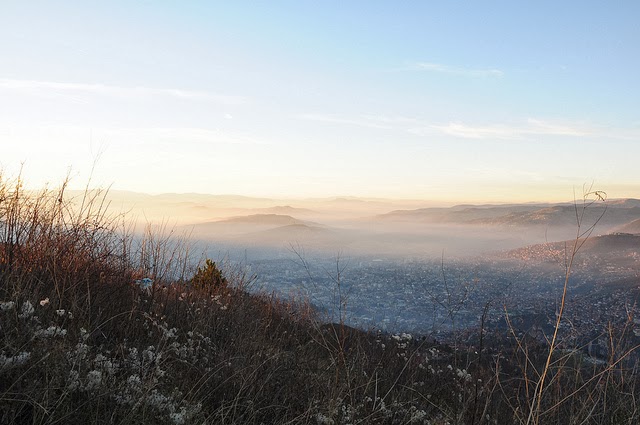 After I wrote about Miklós Radnóti and 'Letter to my wife' a couple of months ago, I thought of the poem 'Sarajevo' by Lawrence Durrell, and kept thinking about it for several days at least. Then I forgot to write about it, but tonight it came back to me.


This was one of my "these poems feel linked, but I'm not sure why" moments. There seem to be echoes between the poems, anyway. Most obviously, it could be the Balkan settings; the war settings, whether death march, or start of war, or aftermath. There is something in the opening lines of both poems that is both soaring and tragically grounded, too: "the mountain roads/Earthbound..." and the distances that just can't be crossed in Radnóti's 'Letter to my wife'.

In any case, that "echo of a pistol-shot" went around the world one hundred years ago and it is still echoing.

Posted by Clarissa Aykroyd at 01:07