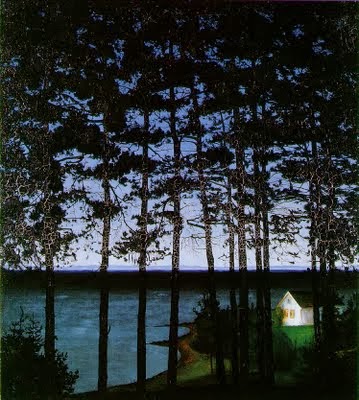 A few days ago I went to a poetry reading in Notting Hill which featured Clare Pollard, Fleur Adcock and Michael Symmons Roberts. Pollard read from her powerful versions of Ovid, Fleur Adcock was funny, sharp and touching, but I admit I had come mainly to hear Michael Symmons Roberts. His collection Drysalter, which has won the Forward Prize and the Costa Poetry Prize as well as being nominated for the T S Eliot Prize, is among my favourites of recent years. It features 150 poems of 15 lines each - they have been called "super-sonnets". The poems are technically very impressive, but mainly I found that they pack an enormous emotional punch. Some images made me draw a sharp breath:


Then one day the world drops into your hands
like a bruised fruit, a-buzz with what you take
for wasps but is in truth all human life.

(from 'Something and Nothing')


O pilot cast as smithereens, navigator lost
in pine straw. God of rescue, withhold not.
O come. We are waiting for our future.


It is a very interwoven collection: certain images and themes return, grow, expand, turn in upon each other - the Hotel Splendide, personified darkness, booths, psalmists, prayers. Drysalter is just a very powerful, solid collection with few if any weak poems.

I asked Michael Symmons Roberts afterwards if it would be ok to reproduce one of the poems here and he kindly agreed. Among others, he read a poem called 'Antarctica'. I knew the poem already from reading the collection - it was pretty much a predictable instant favourite because of my obsession. It also reminded me quite acutely of P K Page's great 'Stories of Snow', one of a relatively few poems which have been truly life-altering for me. This had to do with the images and juxtaposition in both poems of ice and snow with flowers and tropical landscapes, but I think there is also a sense in both poems that we try to complete something missing within ourselves through mental and emotional leaps originating in places and needs which may be hermetic - sealed off - even to ourselves. At the end of the poem - which, curiously, feels almost like a beginning - the mysterious inhabitants of this "alter-Antarctica" attempt to read the future. I see this as an attempt at greater self-knowledge, to get closer to the beautiful and maddening paradoxes that we create for ourselves, even unconsciously.

Symmons Roberts mentioned that his family had a fascination with Antarctica and that they had discovered a distant family connection to the McMurdo who travelled on the HMS Terror and gave his name to Antarctica's McMurdo Sound and other landmarks. Readers of this blog will probably already know that I'm obsessed with Antarctica, and they might know that my family has its own distant, degrees-of-separation connection; my grandparents knew Kathleen Shackleton, the artist sister of Ernest Shackleton, and we own her portrait of my grandfather. So I sort of understood that, too.


Is sleeping now, its bright fields intercut with suburbs,
ordered rows of clapboard homes, pin-sharp backyards
all ablaze with jasmine and magnolia.

Its citizens are freer than the rest of us,
living off starfruit from the ice forests, bleached quails
that ripen in the milk-orange groves.

No one sleeps alone here, and only fishermen dream
of wax-white orcas, blind and red-eyed, circling
under ice-sheets swept by katabatic winds.

Of course, this is not true Antarctica, where clutches
of tough scientists cross dates off charts. No,
this is alter-Antarctica, home to sibling-selves.

Once a month they send a greyhound to the brink,
where ice peters into water. Then the dog pelts back.
The time it takes gives them a reading of the future.

Posted by Clarissa Aykroyd at 23:23