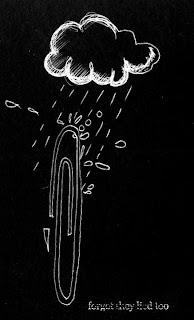 
I haven't actually met Justin Wiggan in person yet, but he is a friend of friends and in recent months we have been occasionally corresponding about publishing-related matters. (I'm pretty sure he thinks I am more of an expert than I actually am.) Working as a visual artist, sound artist and writer, he strikes me as one of those people with the enviable capacity to perceive the world in an endless variety of artistic mediums.

Justin gave me permission to reproduce one of his poems, 'Our Moment Has Come', on my blog, and it appears below, along with his biography and artistic approach in his own words. I had to wait a little bit before I realised which poet his work reminded me of; it was Edith Sitwell, author of 'Still Falls The Rain' and 'The Shadow of Cain'. The latter had an enormous impact on me when I stumbled across it in university. Sitwell wrote about events such as the London Blitz and the use of atomic bombs in language which was apocalyptic, violent and perceptive about the two-edged nature of scientific progress. To me, Justin's poem similarly evokes a poisoned earth whose physical symptoms indicate the moral and emotional decay of society.


OUR MOMENT HAS COME (Justin Wiggan)


A decade after killing by fire, lightning and gravity,
The power of the permanent plague has been observed by soldiers and scientists,
In legendary forests broken and discarded.

Here they study dead fathers cloned,
Here they discard the map of their youth, a youth sacrificed on black needles in slow streams.
Their dogs howl and bark with nose-bleeds at the transmission of a delayed and promised light.

Their guilt is dragged through meadows,
As rain falls where a ceiling once was.
Their dialogue is crippled, and cannot walk unaided and falls to the floor.

Justin Wiggan was born in Burnley, Lancashire and studied Fine Art BA at UCE. He works in a variety of guises, predominantly as a sound artist with Darren Joyce as Dreams of Tall Buildings, and also as a visual artist. Wiggan is currently completing his first book of poetry, Of Bulls and Mathematicians.

The works are artefacts and documents of his reaction to the shouts, screams, shrieks, wails, hoots, howls, death rattles and sobs that are all soaked up by his surrounding unfinished structure of space. His body of work engages with swollen cityscapes, human moral struggle, and discovering the links between the internal tourist and the external explorer. One cuts the path through conviction and belief, the other gnaws on the path for convenience. These investigations embrace a sense of evolution and eradication of a problem that goes way beyond cultural breakdown, addressing the problem with an end of a system.

Our culture is reduced, our hands are tied.

Wiggan employs a method of "encasement", a writing philosophy developed from cut up techniques, where the text is generated on the meaning of the title and mapped out via research and shaped organically. This method allows the rich meaning encased in each word to dominate the narrative of the piece at times revealing shockingly solid truths through chance. He is fascinated by the noise in the reader's head.

More of his work can be found on these websites: