The Luminous Vision of Stanley Kunitz 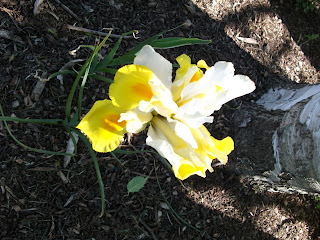 The above link will take you to 'The Layers' by Stanley Kunitz on the Poetry Foundation website, as well as an impressive collection of his other poems, and biographical/critical information.

I must have started reading Stanley Kunitz in 2000 or 2001 - coincidentally, right around when he was appointed US Poet Laureate. I would have been 20 or 21, but unlike many of my poetic discoveries around 17-21, this one owed nothing to my university experience. If I remember correctly, I picked up a book of his poems in the used bookshop where I was working after I finished my degree. Russell Books in Victoria, BC was a wonderful shop - still is! - run by a lovely, book-obsessed family, and I discovered enormous numbers of books and authors while working there. I certainly began to build my travel writing and poetry collections around that time.

I think that I must simply have dipped into a collection of Kunitz's poems, been struck and bought the book. I have often cited him as one of my favourite poets since then, but I have to admit that I haven't really absorbed his body of work (yet). I have just dipped in and out, and discovered a number of poems that I really loved, and some phrases which will stay with me forever: "O Heart; this is a dream I had, or not a dream" (from 'Poem'), or "I caught the cold flash of the blue/unappeasable sky" (from 'Robin Redbreast' - why do I love poems about birds, but I don't love birds?!)

There is something luminous and, I feel, optimistic about Kunitz's work. Certainly not in every poem - there are many poems haunted by the suicide of his father before he was born, and by the wars. Both of his parents were of Jewish Russian Lithuanian descent, and he encountered anti-semitism even in academic settings. In a lecture on Paul Celan, he said: "Through the years, I realize that the Holocaust has been the basic subtext of a good part of what I have produced in poetry." And yet, when I read him, I see phrases like bars of brightness, streaming with light.

He lived to a great age right through the events of the twentieth century, an extraordinary time period. His dates were 1905 to 2006, and he died shortly before turning 101. His first collection, Intellectual Things, appeared in 1930 - he was writing when W B Yeats was still alive and writing, and was deeply influenced by Yeats's beautiful, fire-burnished symbolism. His later work was to be more personally emotive and stylistically restrained, and less intensely formal. I have found poems which I have loved right through his creative output.

'The Layers', a poem from the late 1970s, is a great example of Kunitz's style and outlook. He is on a journey on a hard road, partly in darkness; he experiences loss and deep uncertainty, but finds himself still "exulting somewhat" (perfectly balanced in ambiguity). "I am not done with my changes"; if there is fear there, I feel that it is overwhelmed and conquered by defiance and hope.

Kunitz was also a gardener and cultivated a renowed seaside garden in Provincetown, Massachusetts. Despite my incurable laziness, there is something that draws me to gardening - metaphorically - to the idea of it. It seems like a good sideline for a poet or a poetry lover. We'll see. "I am not done with my changes..."

Posted by Clarissa Aykroyd at 22:37