Paul Celan's 'With a Variable Key': Language Beyond Loss 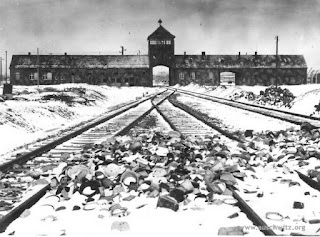 
WITH A VARIABLE KEY (Paul Celan - translated by Michael Hamburger)


With a variable key
you unlock the house in which
drifts the snow of that left unspoken.
Always what key you choose
depends on the blood that spurts
from your eye or your mouth or your ear.

You vary the key, you vary the word
that is free to drift with the flakes.
What snowball will form round the word
depends on the wind that rebuffs you.


It has taken me some time to get to the point of writing this entry, though it has been on my mind for months. This was partly because it took a little while to seek permission to reproduce 'With a Variable Key' in this entry, which I am very grateful to have received. Mainly, I knew that it would be a difficult entry to write, so I have been avoiding it.

In a previous entry about the work of Paul Celan in my life, I mentioned that I had started reading him about fifteen years ago, but that until late 2010 it had been a slow process, rather like walking in the dark. I simply had not put in the effort required to find my way in, and perhaps the timing had not been right until then. In the end, 2011 was the year when Celan really opened up to me.

I am sure that I had read 'With a Variable Key' earlier, but maybe only in passing, like so many of the other poems. It was also in 2011 that I finally realised what I was seeing when I read the poem. It was the gas chamber which I had walked through on my visit to Auschwitz in 2008, with the door open and snow drifting through.

My visit to Auschwitz was part of a quick weekend trip to Krakow, a city that I had wanted to see for a long time. It was very much what I had hoped for; beautiful, friendly, relaxed and mysterious. Auschwitz is nearby, and I had never visited a concentration camp. I felt that it was something that I should do, and I had tried to prepare myself mentally. I was travelling alone and booked onto a tour.

Auschwitz must be a very different experience for different people. Some go for historical interest, some to bear witness, some because they have a personal connection. My connection is not personal, but is still significant. I am one of Jehovah's Witnesses, who were also targeted by the Nazi regime - about 10,000 were imprisoned, and 2,500 to 5,000 died. A relatively small number of Jehovah's Witnesses were sent to Auschwitz, while more were imprisoned in camps such as Dachau.

While the tour at Auschwitz was largely about the experiences of the Jews - quite rightly - I was very pleased to find a book in the bookshop about the experiences of the Witnesses in the camp. I was also touched to find, in a one-on-one conversation at the end of my tour, that my tour guide was also a Witness. The experience necessarily led me to reflect on my own convictions. The Witnesses had the option to sign a declaration renouncing their faith and to be freed, but very few took up this option. I needed to reflect on my faith and my own stand, if I had been born in a different country or at a different time.

I know that some of the people who I saw touring Auschwitz had closer and more directly personal connections. I remember the distress on the face of a crying woman in the room where mounds of human hair sit behind glass walls. There was also a group of young people carrying an Israeli flag. I wondered about the other people I saw, what connection they might have, or if they simply wanted to learn and remember.

I couldn't forget Auschwitz, although some days later I realised that I almost wanted to. I think that it is natural when visiting such a horrible place to go into a kind of low-level shock. It was only days or weeks later that I was aware how painful it had been for me to visit the camp, and how it would leave a lasting mark on me.

Paul Celan is often referred to as a "Holocaust poet", or even the greatest of the Holocaust poets. In large part, this is due to the fame of  Death Fugue, an extraordinary and frightening poem which at the same time is not very representative of Celan's style. There are those who think that calling him a Holocaust poet is the wrong approach; that he must be read from a linguistic perspective, or that he should be read alongside the work of philosopher and critical theorist Jacques Derrida, who himself wrote about Celan.

My view is that Celan should be for everyone who can find their way to see through his beautiful, terrible, obliterating vision. I do not believe in closing off the work of an essential poet to those who may not have read all the right theorists (although these approaches could add extremely valuable dimensions). Holocaust poet, philosopher, linguistic genius: Celan is all of these, and all of his readers will probably find a particular aspect to focus on. My own approach to most poetry, and certainly to a poet like Celan, is partly intellectual, but largely emotional. Celan demands persistence and attention, which I was finally able to give; then his work begins to interpret itself. It was then that I really started to realise the strength of what I was dealing with.

Celan certainly did not only write about pain and genocide. He also wrote poems about love and sex ('Corona'), about friendship ('Zurich, the Stork Inn', written for Nelly Sachs), and other subjects. However, his principal themes seem to have been trauma and its aftermath, and how language provides both access and obstruction in the face of such difficulties. Famously, he said of language after the Holocaust:


Celan had to go on writing in German, as it was his first language and his poetic language. But in his poems, it is a wounded and fragmented language, reflecting the fact that he was himself wounded and fragmented. He lost his parents in the Holocaust, and although he would not speak much of his own experiences in labour camps, it must have been dehumanizing and frightening. Some of his poems explicitly convey imagery of the mass murder of the Jews. In 'With a Variable Key', "the blood that spurts/from your eye or your mouth or your ear" is a realistic description of what happened to the gas chamber victims. In the poem, it is literal, but it also symbolises the various pain of people in various situations, and Celan tells us to choose the key and the word carefully to confront our own version of suffering. A number of poems are also more or less explicit:


Handled already, Lord,
clawed and clawing as though
the body of each of us were
your body, Lord.

(from 'Tenebrae', translated by Michael Hamburger)


[...] heavily
encamped in the shallows, their bodies
piled up into thresholds, embankments [...]

(from 'In the air', translated by Michael Hamburger)


More often, though, the imagery is indirect, and equally if not even more striking:


Eyes, world-blind, in the fissure of dying: I come,
callous growth in my heart.
I come.

(from 'Snow-bed', translated by Michael Hamburger)


I have realised that for me, the images in Celan's poems are so often like the tangible evidence of a psychic wound that cannot heal. How he does this through his pictures of minerals, plants and stars, I am not sure. It is as though he knew the pressure points for pain and loss. I suppose this is why I have to pace myself when I read his poems. I tend to end up feeling exhausted and overwhelmed, though also moved and exhilarated. Michael Hamburger said of translating Celan: "From the first my engagement with the work of Celan had been difficult and sporadic. Had it become a full-time occupation and specialisation, it could have driven me into suicide, as it did his friend and interpreter Peter Szondi." I was shocked when I first read this, but I have found that Celan does not merely show you his trauma - when you pay attention, he takes you inside it. The close engagement with his work - work which witnesses to extreme suffering - required by a translator would at least be very tiring, and potentially dangerous, I think.

E M Cioran, who knew Celan, wrote: "He clung to his biases against one person or another, he sustained his mistrust, all the more so because of his pathological fear of being hurt, and everything hurt him... [H]e lived in fear of disappointment or outright betrayal. His inability to be detached or cynical made his life a nightmare." This is merely confirmation of the testimony of the poems. It is quite obvious that Celan's nerves were permanently raw, that he was suffering a great deal and that his pain eventually led him to suicide.

So, why do I read Celan - why do I find him essential? In a purely poetic sense, he is totally unique: spare and surreal, incredibly precise. Once the reader finds his or her way into these poems, and sees how they reflect and complement and interpret each other, there is a real excitement about tackling the body of work. And Celan was brave. He knew what he was up against. He was an extremely sensitive being who had to deal with loss and feelings of guilt every day of his life after his parents' disappearance and eventual death. He bore witness, to his own personal experience and more broadly to the experiences of the Jewish people and of all innocents who suffer. "Noone/bears witness for the/witness", says Pierre Joris's translation of 'Ashglory' - but he did. He refused to be driven out of the homeland of his own language. He made it his own, almost its own language. Reading Celan has made me wish I understood more than a tiny amount of German. Translated works tend to fill me with anxiety, but I became aware a long time ago that I would rather see Celan's vision through a glass darkly than not at all.

What I find hard is the knowledge of how much Celan must have suffered. This also leads me through to the wider experience. At Auschwitz, what upset me the most was the mountain of suitcases. There were thousands, but I saw the individual names and addresses written on the suitcases, one by one. Then, beyond that, I saw the thousands.

Paul, I love your work, but I wish you could have been an ordinary man with a happy life, even if we had lost all of the poems.

Posted by Clarissa Aykroyd at 02:04