Desert Flowers and Death as Familiar: The Poetry of Keith Douglas 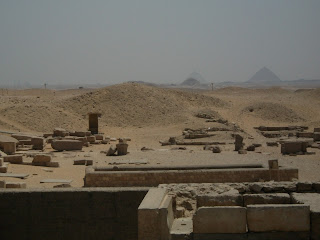 I had a coup de foudre moment when I first read Keith Douglas, which was a little less than a year ago. This is something that never happens to me in real life: I believe in meaningful coincidences, which makes me see them everywhere, but I don't believe in love at first sight, which makes me unlikely to ever experience it.

Love at first sight does occasionally happen to me in the arts, although it used to be a more common experience when I was a bit younger. Douglas was handsome and died young, but it was his diamond-cut, hard poetry of clarity which turned my head around. I had a glimmer of it when I read 'Actors waiting in the wings of Europe', but 'Desert Flowers' punched me in the stomach. I remember feeling my heart clench up and having to draw a deep breath.


Lay the coin on my tongue and I will sing
of what the others never set eyes on.


I think that my reaction to Douglas had to do with the familiar seen through a different prism, which is partly what he was writing about in 'Desert Flowers', as above. Simply put, I had the sense that he saw things in much the same way as I do. He understood how unique and lonely it can be to see differently. I don't always feel like this about my favourite poets, writers, artists or musicians. Sometimes they give me a glimpse of something completely different. In Douglas's case, it was the familiar presented through the new, which can be particularly powerful. It was like finding someone inside my head who I didn't know had been there all along.

Douglas was born in 1920 and studied at Oxford, where he became noted for his poetry by the time he was 18. He fought as a tanker in the North African battles of World War II, including El Alamein; his memoir Alamein to Zem Zem describes these campaigns in clear visceral detail. Douglas survived North Africa and then died in Normandy on 9 June 1944, a few days after taking part in the D-Day invasion.

He was only 24 when he died. His poetry doesn't even need the softening effect of "very accomplished for his age"; he already had a fully realised vision and we can only wonder what his more mature work would have brought. In his poems he comes across as cool to the point of coldness, visionary to the point of prophetic, and highly conscious of his own death, which he seems to have anticipated for several years. I wouldn't call it "premonition" - I don't know what to call it. He knew he was going to die and he was very serene about it, or put up a convincing semblance of it. The images of death in his poetry are calm, lucid and shocking:


[...] there are all sorts of manure, you can imagine
the dead themselves, their boots, clothes and possessions
clinging to the ground, a man with no head
has a packet of chocolate and a souvenir of Tripoli.


I see my feet like stones
underwater. The logical little fish
converge and nip the flesh
imagining I am one of the dead.


Shortly before he took part in the invasion of Normandy, he wrote:


The next month, then, is a window
and with a crash I'll split the glass.
Behind it stands one I must kiss,
person of love or death
a person or a wraith,
I fear what I shall find.

(from 'On a Return From Egypt')


He was dead not long afterward. There is something detached about Douglas, as well. I don't think he wanted to die, but the depth of emotion behind his words remains at a certain remove. 'On a Return From Egypt' also gave me a shock as the image I've quoted above was echoed to a certain extent in a poem I wrote about Cairo, before I started reading Douglas. Not a poem about death, but still, one about embracing the unfamiliar and frightening:


[...] O City
that stalks and devours, I have seen my fate
and grasped its hand. I have sat
by the deathly river and tasted night.
I have touched the face
and kissed the lips behind the mask.


Douglas had several relationships with women from different countries. One of his lovers was a Chinese woman, Yingcheng, about whom he wrote:


but alas, Cheng, I cannot tell why,
today I touched a mask stretched on the stone-


This is frankly pretty disturbing. He later wrote a poem addressed to the four significant girlfriends he had, wherein he described them as "four poisons", yet still seems to have loved them very much; not a good recipe for a successful relationship. I don't think that Douglas would have been an easy man to be involved with, as much as he ticks the boxes of Manly Man and Great Poet. His father's departure when he was eight years old seems to have done a good deal of damage. His poetry reveals much by what it does not reveal.

I would have liked to reproduce 'Desert Flowers' here if possible, but Douglas's executor J C Hall has recently died and I was totally unsure how to go about trying to get permission (Faber was not helpful). Not many of his poems seem to have been reproduced online by permission. So I include here a link to 'How to Kill', a very unsettling poem and possibly his most famous. It is not my favourite of his poems (although I like it, I have too many definite favourites) but it is a good place to start.

HOW TO KILL (Keith Douglas)

I don't know what else to say about Douglas. I have a bit of a dead poet crush on him; I feel sure that we could at least have had a good conversation and that we would have understood each other. Strange to feel that way about a poet who died very young and whose life couldn't possibly have been more different from mine, but I think that those who are given the same vision tend to recognise each other.

Posted by Clarissa Aykroyd at 21:09