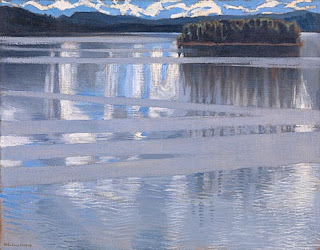 The child asked if the bones in the wall
Belonged to the lights in the tunnel
Yes, I said, and the stars nailed shut his heaven


I started reading American poet Carolyn Forché's work only a few months ago and already cannot remember how I came across it (not a good indication for my memory). I think it is possible that I was browsing through poems about travel on the Poetry Foundation website and came across 'Travel Papers'. It is also possible that I saw her cited as a poet influenced by Paul Celan; or that I was tracing the term often associated with her work, 'poetry of witness'; or something else.

My discovery of Forché brought a sense of real excitement which comes only occasionally in my artistic experiences. I can describe this only with difficulty, but I suppose it is a combination of wonder and shock. Compassionate, tender, horrific, luminous, bleak; all of these words come to mind. Her most famous poem is 'The Colonel', which is representative of her subject matter if not so much of her style. It is a shocking piece about an encounter which Forché had during her time with Amnesty International in El Salvador, during the civil war. Apparently it is a kind of "found poem"; her publisher came upon it among her notes and thought that it was a completed poem, and they made the decision to publish it as such.

Many of Forché's poems describe atrocities, crimes against humanity, trauma and its aftermath. 'The Garden Shukkei-En' is about Hiroshima; 'Letter to a City Under Siege' is about the siege of Sarajevo; and there are many other examples. She has also edited Against Forgetting, a seminal anthology of poems by and about those who suffered through the terrible events of the twentieth century and survived or died. In an interview with Bloodaxe Books, one of her publishers, she commented on this area of poetics: "I read the poems for the mark of this extremity, for its impress, rather than for positions advocated or subjects addressed. I was interested in the legibility, in the poetry, of this experience, and also in the realm of the social, between the institutions of the state (and politics) and the private life of citizens. This is 'poetry of witness'."

This, to me, is a particularly compassionate, enlightening and useful approach to political poetry. It is not so much politics as testimony, as it encompasses a variety of experiences, even though these may conflict in terms of their political viewpoint. Such poems remind the reader that events which disfigure the world and its people have happened, continue to happen, and continue to affect us after they are apparently over. So far, I have read a fairly small number of Forché's poems, but it is very noticeable that they frequently see through the eyes of women and children, who constituted the majority of the twentieth century's war victims. It is always the innocent who suffer the most. This makes me think of the words of Solomon in Ecclesiastes: "And I myself returned that I might see all the acts of oppression that are being done under the sun, and, look! the tears of those being oppressed, but they had no comforter; and on the side of their oppressors there was power, so that they had no comforter." (Ecclesiastes 4:1).


'Travel Papers', which can be found on the above link, is a more restful poem about travel, memory, and the death of a friend; but it is also haunted by the twentieth century and the start of the twenty-first. It was published only a year ago and was written for Daniel Simko, a Slovak poet who emigrated with his family to the US after the occupation of Czechoslovakia in 1968. He died in 2004 at the age of 45. He wrote in English, as he was relatively young when he left his home country. Simko and Forché had a long friendship involving much travel and collaboration.

'Travel Papers' caught my eye in part because of its opening line: "By boat to Seurasaari...". Seurasaari is an island just outside the Finnish capital of Helsinki, famous as a beautiful park, for its collection of historic buildings, and for its red squirrels. My mother is from Finland and we spent part of every summer there visiting my grandmother in Turku, until she died in 1995. In the subsequent 17 years I've only been back once, a trip which did include a quick visit to Helsinki and Seurasaari.

(Incidentally, the painting which I have included with this entry is by the extraordinary Finnish painter Akseli Gallen-Kallela. It depicts Lake Keitele, which is in another part of Finland, but seemed to go nicely with this entry anyway. The painting is now in the National Gallery in London, where it has been hugely popular, and this blog can't convey its uniquely glowing quality. Gallen-Kallela is much less well known than he deserves to be - this painting, as lovely as it is, is far from being one of his greatest. However, this year a number of European galleries including the Musée d'Orsay in Paris will host an unprecedented exhibition of his work, which is a very good sign.)

A few lines in, Forché seems to make reference to the Biblical account of Elijah, who fled from Queen Jezebel and spoke with God on the mountainside: "And after the fire a still small voice." (1 Kings 19:12, KJV). The still small voice - the voice of God - is sometimes used by artists to represent the motivation for their artistic drive.


Still voice. Fire that is no fire.
Ahead years unknown to be lived -


Images flicker past as through the window of a car or train. Snapshots of violent death juxtaposed with the serenity of nature are appropriate for the work and preoccupations of both poets. The birch trees recur again and again, like a repeated theme in a piece of music. The sense of elegy throughout, particularly toward the end, is piercing. I found these lines, about the aftermath of shock on hearing of a loved one's death, to be familiar:


Hours after your death you seemed
everywhere at once like the swifts at twilight.
Now your moments are clouds
in a photograph of swifts.


I can certainly hear echoes of Paul Celan, one of the greatest "poets of witness", in the direct address to the you and the intertwined words. Some lines came back to me through this poem:


I am still writing with your hand,
as you stand in your still-there of lighted words.


I see you, you pick them with
my new, my
everyman's hands, you put them
into the Bright-Once-More which no one
needs to weep or to name.

(Paul Celan, from 'The Bright Stones')


I look forward to reading more of Forché's work and will try to seek out the Against Forgetting anthology, as well. I think that what she is trying to do in the realm of poetics is something essential.

Posted by Clarissa Aykroyd at 12:20