My translations of Benjamin Fondane in Modern Poetry in Translation 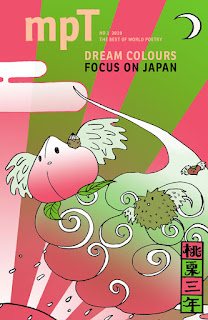 In a very uncertain and disturbing moment worldwide, literature can only do so much, but there is no doubt that it can cross borders even where physical borders have closed.

Modern Poetry in Translation is one of the best examples of this, and I'm so pleased that I have finally placed a couple of translations there. The new issue features my translations from the original French of Benjamin Fondane's poems 'All at once' and 'When the shipwrecked traveller'.

I am really honoured that I can do something to bring Fondane to a wider audience. I think he is still not well known except somewhat in Romania (his country of origin) and France (where he did most of his mature work, and his philosophy is more famous than his poetry). From the moment I first read Fondane a few years ago, I knew that I wanted to try translating his work. Modern Poetry in Translation also published my review, about a year and half ago, of a new translation by Nathaniel Rudavsky-Brody of Fondane's long work Ulysses.

The focus for this issue of Modern Poetry in Translation is Japan (obviously my translations are among those which sit outside the focus). As always, the whole issue is wonderful and worth your time. A full table of contents is here, and a few poems from the issue, although my translations appear only in the print version: https://modernpoetryintranslation.com/magazine/dream-colours-2020-number-1/

Posted by Clarissa Aykroyd at 19:30 7 comments:

Email ThisBlogThis!Share to TwitterShare to FacebookShare to Pinterest
Labels: Benjamin Fondane, Japan, Modern Poetry in Translation, my own poems, translation

These Are the Hands: Poems from the Heart of the NHS 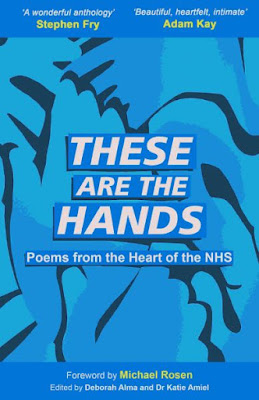 I don't really plan to write about the novel coronavirus (COVID-19) pandemic and its worldwide consequences - or I won't be doing so until I have something I really want to say.

However, UK readers of my blog will agree that the NHS needs support, especially right now. And to offer your support in a poetry-relevant way, you could buy the new anthology These Are the Hands: Poems from the Heart of the NHS (Fair Acre Press).

This anthology was published just a few days ago and was planned for the 60th anniversary of the NHS. Rather sadly, right now, it is all too relevant and important - even more so than usual. It was edited by Deborah Alma (who you may also know as the Emergency Poet and proprietor of the Poetry Pharmacy) and Dr Katie Amiel, and the foreword is by Michael Rosen. The poems themselves are by NHS employees, along with contributions from well-known poets.

Profits from the anthology go to the NHS Charities Together COVID-19 Emergency Fund. I hear it's selling really well.

Again, you can buy it here: https://fairacrepress.co.uk/shop/these-are-the-hands-poems-from-the-heart-of-the-nhs/

The silence of AM Klein: an essay by Carmine Starnino 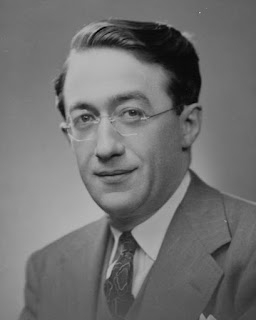 Carmine Starnino has written a fascinating essay on the important Canadian poet AM Klein, for The New Criterion, which you can read here: https://newcriterion.com/issues/2020/4/the-silence-of-a-m-klein

The essay is also extremely interesting for its exploration of the role of a poet in society and how this affected Klein and his work. Also, I must admit I was delighted to learn that Klein authored a spy thriller (apparently called That Walks Like a Man, about the Gouzenko affair in Ottawa which helped to start the Cold War) but saddened that it was never published.

AM Klein (1909-1972) was one of the Montreal Group of modernist writers whose literary innovations created radical change in Canadian literature from the 1920s on. He was an associate of poets such as FR Scott and PK Page. (My Montreal grandparents had some connections to FR Scott, while PK Page is one of my most important influences all the way back to my teenage years. She lived in Sidney, BC, near where I grew up in Victoria, and I was privileged to go to one of her readings and meet her some years before she died. I like to think that these slight connections give me a cool "degrees of separation" angle on AM Klein...)

More significant than those degrees of separation was the Canadian poetry class I took at UVic at the end of the 1990s, taught by another Canadian poet, Doug Beardsley. I have mentioned this class before on the blog; I took it rather reluctantly with much eye-rolling over a Canadian literature requirement. It turned out to be absolutely life-altering for me in a literary sense, particularly (but not only) in my discovery of PK Page. The great Al Purdy also came to speak and read to us, once. I loved AM Klein's poetry too.

You can read some of Klein's poetry here: https://canpoetry.library.utoronto.ca/klein/index.htm


Photo: AM Klein in the 1940s. Library and Archives Canada. Public domain

Posted by Clarissa Aykroyd at 01:44 No comments:

Email ThisBlogThis!Share to TwitterShare to FacebookShare to Pinterest
Labels: Al Purdy, AM Klein, Canada, Carmine Starnino, Doug Beardsley, FR Scott, PK Page
Newer Posts Older Posts Home
Subscribe to: Posts (Atom)
"The Stone and the Star simply IS poetry" (Anthony Wilson)
"The Stone and the Star constantly surprises with new discoveries and reminders of old favourites... Fast becoming a stalwart of the UK poetry blogging scene" (Matthew Stewart, Rogue Strands)
"Clarissa Aykroyd is doing an important thing: a poet writing about poetry, and with a spirit of awed enthusiasm" (Tim Buck, Spectral Lyre)
"Your life, with its immensity and fear,
...now bounded, now immeasurable,
it is alternately stone in you and star."
(from 'Evening', Rainer Maria Rilke,
translated by Stephen Mitchell)