It has been a beautiful, sunny, warm bank holiday weekend in London, and my choice of reading matter has been Antarctica by Gabrielle Walker (which I don't like as much as Sara Wheeler's Terra Incognita - but it is still excellent.) I suppose that this is fairly typical for me, though I have no desire for London to return to Antarctic conditions.

A few years ago in 2010, I went to the readings of the prize-winners in the Poetry London competition. It was a lovely evening as the great Michael Longley had judged the competition, and also read some of his own poetry. He very generously said of the various poems that anyone might have been proud to have written them.

There were several exceptional poems, but this one about Antarctic hero Ernest Shackleton, Penny McCarthy's 'Endurance', particularly struck me. It is a very subtle poem which metaphorically interweaves Shackleton's life and exploits with the complexities of human relationships.


As the poem alludes to Shackleton's sisters, I have to mention for six-degrees-of-separation interest that my grandparents knew his artist sister, Kathleen Shackleton, in Montreal. My family owns her portrait of my grandfather.

Posted by Clarissa Aykroyd at 22:38 2 comments:

Some weeks ago, on what might have been the first really nice day of the year (and they have only occurred here and there ever since - surprise surprise), I went out for a fairly long wander in Chelsea and Kensington. Blinking in the sunlight like some sort of rudely woken nocturnal creature who'd been hibernating for at least six months, I finally found myself at the lovely Slightly Foxed bookshop near Gloucester Road station. I had never been there before, although I knew the name - they are also a small publishing company.

It is hard for me to leave a bookshop without buying something - a fact I am well aware of, and yet I keep going into bookshops. Anyway, this time I left with a used copy of John Betjeman's Collected Poems. I had recently been told that I should look more closely at Betjeman, so he was on my mind.

I knew some of his poems, of course - 'Hunter Trials', 'A Subaltern's Love Song', 'Middlesex' and others. When I looked at this collection, though, I realised that I might finally have found my way in where Betjeman is concerned. With some poets, the door swings open almost immediately and I can enter their work with relative ease - at least as far as enjoyment, if not always full understanding. But with some poets, finding the key, the door, or both can take a long time. This edition of Betjeman's Collected Poems has an index of place names in the poems, mostly places in Britain, many of them in London. Anyone who lives here is likely to have at least an inkling of the resonance and sacredness of places and place names. The fact that an editor had compiled an index of place names in Betjeman's poems showed just how significant they were to his work. I love poetry of place, so I was instantly excited by this index.

This link goes to several of Betjeman's poems of place, but I was especially interested in the first one, 'Harrow on the Hill'.


HARROW ON THE HILL (John Betjeman)


I have never been to Harrow on the Hill, but I used to live on the Harrow Road in west London, which sometimes led to interviewers glancing carelessly at my CV and saying "Oh, so you live in Harrow?". No, I live between Maida Vale and Notting Hill and I've not been farther than Wembley... However, what I really love about this poem is its flow of memory and thought-tangent, beginning with the memories triggered by the physical senses. Betjeman looks at Harrow on the Hill, hears the wind and "the constant click and kissing of the trolley buses hissing", and it takes him somewhere else entirely - to Cornwall, another place dear to his heart. I understand this kind of memory/sense slip; it often happens through sound or smell, or sometimes the way that light glances off a wall or a rooftop.

Betjeman apparently described himself as a far more concrete and literal poet than abstract or metaphorical. The testimony of his poems generally bears this out. However, Andrew Motion says in the foreword to the Collected Poems: "[Things and the names of things] become for him a means of conveying strong feelings that he may well choose not to deliver directly - either because the subjet is especially inaccessible or awkward, or because his poetics require him to deal with 'sensations' rather than 'thoughts'." The poem 'Harrow on the Hill' bears this out quite beautifully, I think.

The photo above is from Harrow on the Hill around 1956. This places it close to the date of the poem, which is from the collection A Few Late Chrysanthemums, published in 1954.

Posted by Clarissa Aykroyd at 20:46 4 comments: 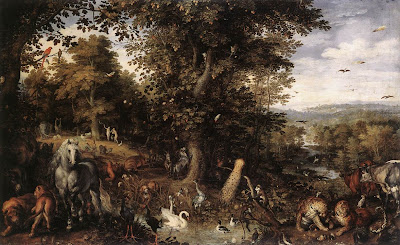 New Poetry: 'The Worst Journey in the World' 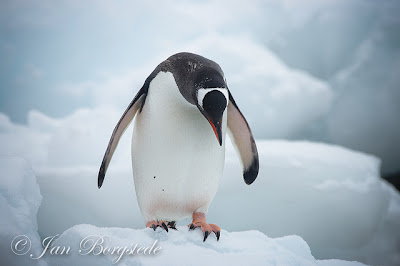 Gentoo Penguin at Antarctica by jan-borgstede. Used under Creative Commons license
I have had a new poem, 'The Worst Journey in the World', published on Josephine Corcoran's And Other Poems website, here: http://andotherpoems.wordpress.com/2013/05/03/clarissa-aykroyd/
The calibre of the poems and poets already published on the site may tell you something about why I am so pleased to be featured here.
I wrote the first draft of this poem in a workshop with Sean O'Brien about transitional states and places. I actually did once find myself stopped on the train at Earls Court when I was reading The Worst Journey in the World, and my eye fell on a comment which Apsley Cherry-Garrard made about something in Antarctica which had reminded him of Earls Court - that was a very strange and rather beguiling moment. The poem is roughly fictional otherwise, but it has something to say about a) why I sometimes want to be in Antarctica rather than London (my friends know about this side of my personality), and b) the kind of peculiar inner dialogues which can take place in a pressurized atmosphere such as a slowed-down Tube.
As I noted in the previous blog entry about this workshop, the poems produced by many participants tended to be both funny and slightly scary. I don't think this was an exception (although the poems were all very different.) Only after I had written the poem did I realise that there might be something in it of the atmosphere of my first days in London, which happened to be in July 2005, a few weeks after the 7/7 bombings. Unfortunately, Londoners occasionally have reason to feel anxious and unnerved when mysterious incidents and slowdowns take place on public transport. But still, this is a poem which is more funny than sinister, I think.
﻿
Posted by Clarissa Aykroyd at 22:19 6 comments:

Email ThisBlogThis!Share to TwitterShare to FacebookShare to Pinterest
Labels: And Other Poems, Antarctica, London, my own poems, Underground
Newer Posts Older Posts Home
Subscribe to: Posts (Atom)
"The Stone and the Star simply IS poetry" (Anthony Wilson)
"The Stone and the Star constantly surprises with new discoveries and reminders of old favourites... Fast becoming a stalwart of the UK poetry blogging scene" (Matthew Stewart, Rogue Strands)
"Clarissa Aykroyd is doing an important thing: a poet writing about poetry, and with a spirit of awed enthusiasm" (Tim Buck, Spectral Lyre)
"Your life, with its immensity and fear,
...now bounded, now immeasurable,
it is alternately stone in you and star."
(from 'Evening', Rainer Maria Rilke,
translated by Stephen Mitchell)