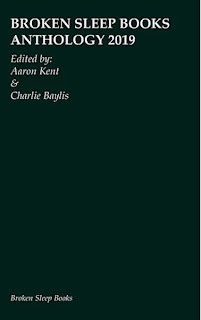 I recently picked up the Broken Sleep Books Anthology 2019 and I recommend you do the same. It contains a few poems from every Broken Sleep Books publication this year, which obviously includes my pamphlet Island of Towers, but there is a great range of selections from over 20 publications.

You can find the anthology here: https://www.brokensleepbooks.com/product-page/broken-sleep-books-2019-anthology

Posted by Clarissa Aykroyd at 20:28 No comments:

Email ThisBlogThis!Share to TwitterShare to FacebookShare to Pinterest
Labels: Broken Sleep Books, Island of Towers, my own poems

Seamus Heaney Reminds Me of Everything 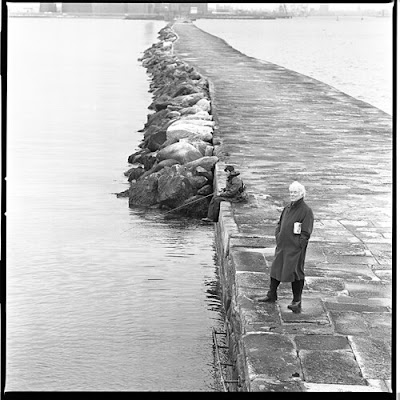 A month ago I went to a Seamus Heaney tribute event at Kings Place which featured discussions and readings by Glenn Patterson (director of the Seamus Heaney Centre), Irish historian Roy Foster, poet Vona Groarke and actor Bríd Brennan.

The poems read included 'Two Lorries', among others, and there were discussions about Heaney's views on Britain and Ireland, how these contextualised his work and assured his importance - as well as his detailed and intimate observations about family life, rural living and so forth. To be honest, I wish I had taken notes, because I don't remember a lot of detail from the evening. I arrived a little late, and had in any case been feeling very stressed for several days. The most noteworthy thing of all was that the moment I started listening to Heaney's words, my stomach unknotted and my stress seemed to evaporate. It was this, more than anything else, that made me think about the place of Heaney's poetry in my life.

During the evening, photos of Heaney at different ages appeared on the large screen over the stage. His face filled me with affection and sadness, but sometimes the backgrounds were even more evocative; for example, the poet standing on a beach that was likely Dublin, bleak and beautiful with the shallow pools and flotsam of low tide. U2, one of my most important bands, admired and even referred to Heaney in their work, and that particular photo reminded me a little humorously of some of their more awkward photo shoots from their younger years. And then I started to think of the heady cocktail of Yeats and U2 that fuelled my earliest obsession with Ireland and, in part, led me to live there for three years.

As much as I love Heaney, I'm not sure I've ever obsessed over him the way I did over Yeats and U2. They're more responsible for my few years in Ireland, before London. But he's been around in my life for a long, long time. The shock and amazement of reading poems like 'The Tollund Man' and 'Punishment', at a young age (probably junior high), was considerable and has never quite left me. I had not known that poetry could be like that, especially the way he doubled past and present and folded them over each other. His collection District and Circle was released in 2006, shortly after I moved from Dublin to London, and it is entwined with that early time in London; my (then) romantic obsession with the Underground, the possible echoes of the 7/7 terrorist attack (only a couple of weeks before I moved to the city) in "blasted weeping rock-walls. Flicker-lit." 'Out of Shot' and 'Höfn' appeared in the Guardian back when we still all bought papers: I cut them out and stuck them up on my bedroom door. I actually saw Heaney read a few times in the few years before he died, one of those occasions being at Poetry Parnassus in 2012, which was a particularly significant event for me in terms of learning about international poetry. And it goes on.

There's art that we recall as, or that calls up, moments in time. Other authors, bands, books, poems seem to remind us of everything. Some can do both, and perhaps they are the most special of all. Seamus Heaney is in that category, for me.

Posted by Clarissa Aykroyd at 00:11 2 comments:


I'm really pleased and happy that Matthew Stewart has included The Stone and the Star on his list of the Best UK Poetry Blogs of 2019, on his Rogue Strands blog. I've made it onto this list for a few years now, and I can safely say that his choice of blogs is excellent and varied.

Speaking of Rogue Strands, it was also really great to be a part of the reading that Matthew Stewart and Mat Riches organised at the King and Queen Pub in Fitzrovia, at the end of November. I was reading alongside Katy Evans-Bush, Robin Houghton, Neil Elder, Rishi Dastidar, Rory Waterman, Ramona Herdman, and of course Matthew and Mat. It was a fun evening with lots of good conversation - I also caught up with a few poetry friends who joined the audience. The readings themselves were excellent; a great cross-section of voices and themes from the UK poetry scene.

Entry to the reading was by donation to the Trussell Trust for local food banks, and it looks as though it's still possible to donate here: https://justgiving.com/fundraising/roguestrands2019?fbclid=IwAR0ejtB1F9ICc7mAEKO3AQFOeLX4SR_Jq2MTJTTd0XedWTFjJygfDnqRjXA

You can also read Mat and Matthew's own comments (and see a few photos on Mat's blog) on the reading on their blogs, here:
https://matriches76.wordpress.com/2019/12/01/echo-base-this-is-rogue-strands-two/
http://roguestrands.blogspot.com/2019/12/a-whirlwind.html


Posted by Clarissa Aykroyd at 14:58 No comments: