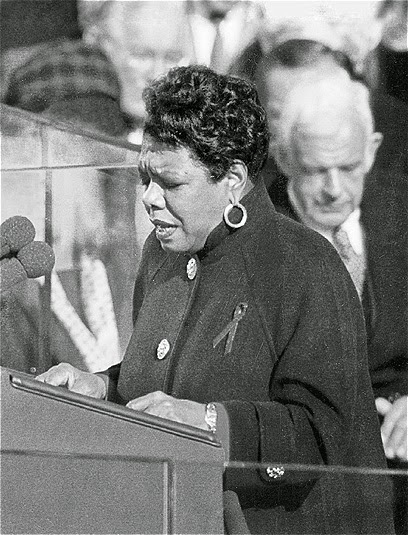 Maya Angelou reciting her poem 'On the Pulse of Morning' at President Bill Clinton's inauguration in 1993. Office of the White House, PD-USGOV-POTUS


Maya Angelou, the great American author, poet and civil rights activist, has died at the age of 86.

I have yet to read I Know Why the Caged Bird Sings, and I have only read some of her poetry, but when I heard about her death today I thought of the performance of 'Still I Rise' which I saw a couple of years ago at a poetry-speaking competition. The girl who had chosen that poem recited it with relish and passion, and it provides a wonderful snapshot of this iconic writer's spirit. You have only to look online today to see how much she meant to how many people.

Here's another poem which I read and appreciated today, and which was new to me. It is dedicated to Angelou's brother Bailey, who died in 2000.

Sidney Keyes: 'Death and the Maiden' (Four Postures of Death) 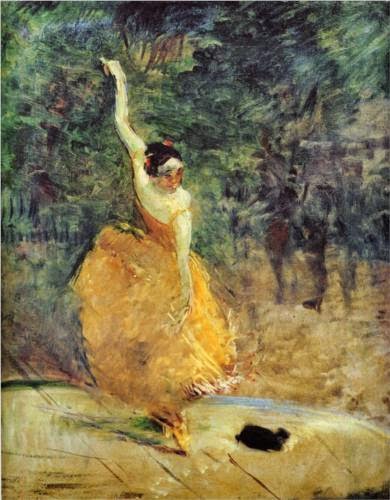 'Death and the Maiden', the first poem in Sidney Keyes' Four Postures of Death sequence, is the poem from which Richard Adams took the first few lines for one of his epigraphs in Watership Down. So this is the poem which introduced me to Keyes, and it is an important part of the wonderful interwoven, nature-celebrating and literature-loving texture of Watership Down. For years before I even felt strongly impelled to look up the whole poem and to find out more about Sidney Keyes, I wondered what kind of poet had written such singular, unforgettable lines.

DEATH AND THE MAIDEN


He said 'Dance for me,' and he said,
'You are too beautiful for the wind
To pick at, or the sun to burn.' He said
'I'm a poor tattered thing, but not unkind
To the sad dancer and the dancing dead.'

So I smiled and a slow measure
Mastered my feet and I was happy then.
He said, 'My people are gentle as lilies
And in my house there are no men
To wring your young heart with a foolish pleasure.'

Because my boy had crossed me in a strange bed
I danced for him and was not afraid.
He said, 'You are too beautiful for any man
To finger; you shall stay a maid
For ever in my kingdom and be comforted.'

He said, 'You shall be my daughter and your feet move
In finer dances, maiden; and the hollow
Halls of my house shall flourish with your singing.'
He beckoned and I knew that I must follow
Into the kingdom of no love. 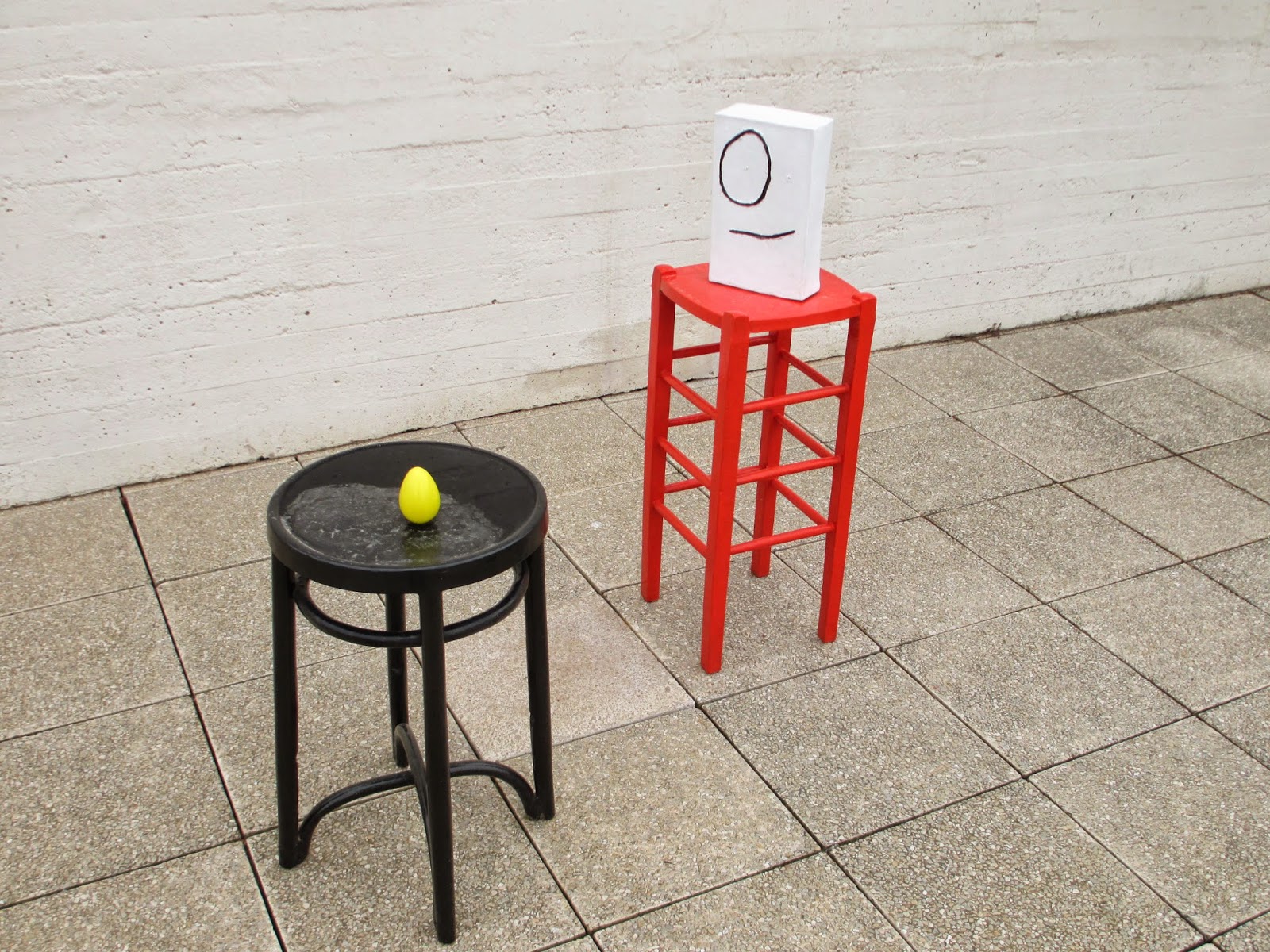 
I just spent a few days in Barcelona, the city beloved of artistic types, party animals and those in search of the Catalan soul. It was my first time in this city, and I enjoyed the spectacular Gaudí buildings, the seaside and lovely seafood, the winding streets of the Barri Gòtic, the relaxed atmosphere and catching up with friends and family who were there at the same time. I think it is time for me to re-read George Orwell's Homage to Catalonia: as in any European city, darker histories lie behind the pleasant touristy reality you see on a brief visit.

On the last day, my friend flew out earlier than I did so I had a few hours left to visit the Fundació Joan Miró on Montjuïc. I knew Miró's work, of course, but this art gallery visit was a revelation - I didn't realise previously how much I liked his art. I think there is a ubiquity to Miró which means it is easy to take him for granted. His bright colours and gently geometric human and animal figures have been incredibly influential. It was wonderful, though, how this gallery displayed the range of his work and its development, the influence of Surrealism, of the Spanish Civil War and World War II, and his fascination with public art. I found the works very psychological. They exerted a gentle pressure on the mind which was very emotionally cleansing. Miró's almost comical depictions of people seemed to me to show humans as they are, full of oddities, of over- or under-developed qualities, and curious leftovers from childhood (as in the sculpture which showed a baby's foot emerging from the back of a small human figure).

What was totally new to me was the extent to which Miró was influenced by and collaborated with poets and poetry. Early on, he read Apollinaire and Pierre Reverdy, and during World War II he was influenced by Spanish mystic poets. Miró said that the purpose of painting was to produce poetry, and some of his works are called 'Poem-Paintings'. He also wrote some poetry of his own, which mainly served as notes and ideas leading on to visual artworks. In Paris, he associated with Surrealist poets, and his paintings are a visual expression of this genre of writing. He was friends with the poets André Breton and Robert Desnos, among others. Miró's Constellations are a particularly beautiful series of paintings which represented the artist's desire to escape the nightmare of World War II. They strongly feature images of stars, birds and women, and while dreamy, their bright accents of colour occasionally seem like stabs of pain. Breton later wrote a series of poems which not only illustrate but carry on a dialogue with the Constellations. Miró also made plans to collaborate with Robert Desnos, but was only able to illustrate some of Desnos' work decades after the poet's tragic death in a Nazi concentration camp.

It could be that the sense of wonder which overtook me in this gallery was related to Miró's poetic approach. I don't generally consider myself a fan of Surrealist art or poetry, but sometimes I wonder if it's just that I haven't found the key yet. Maybe I have found it now. I did think of Paul Celan, which admittedly I often do. He wasn't precisely a Surrealist, except maybe in his earliest works (including some of his Romanian poems, as opposed to his more famous German poems) but he was influenced by their work and approach. I have also seen some of the work of Celan's artist wife, Gisèle Lestrange, which is well suited to accompany his poems. It's not very similar to Miró, but perhaps there is some emotional commonality, or at least in the way that the art and the words seem to work off, illustrate and engage in dialogue with each other. Another poet recently said to me in a discussion about Celan that it seems as though he used language to bypass language. Celan's work uses surreal images to go directly to a place of emotion and reaction which reminds me, disturbingly, of the electro-shock treatment he underwent in the last years of his life. Although I found Miró much gentler, even in his darker moments, similar metaphors come to mind to illustrate how I reacted to his work.

I'm not sure whether these two poems by Breton and Desnos (below) have any direct connection with Miró, but they seem to have certain things in common with the great painter's work and to illustrate the approach he had in common with the Surrealist poets. "I try to apply colours like words that shape poems, like notes that shape music," Miró said. He certainly succeeded.


Posted by Clarissa Aykroyd at 22:24 No comments: 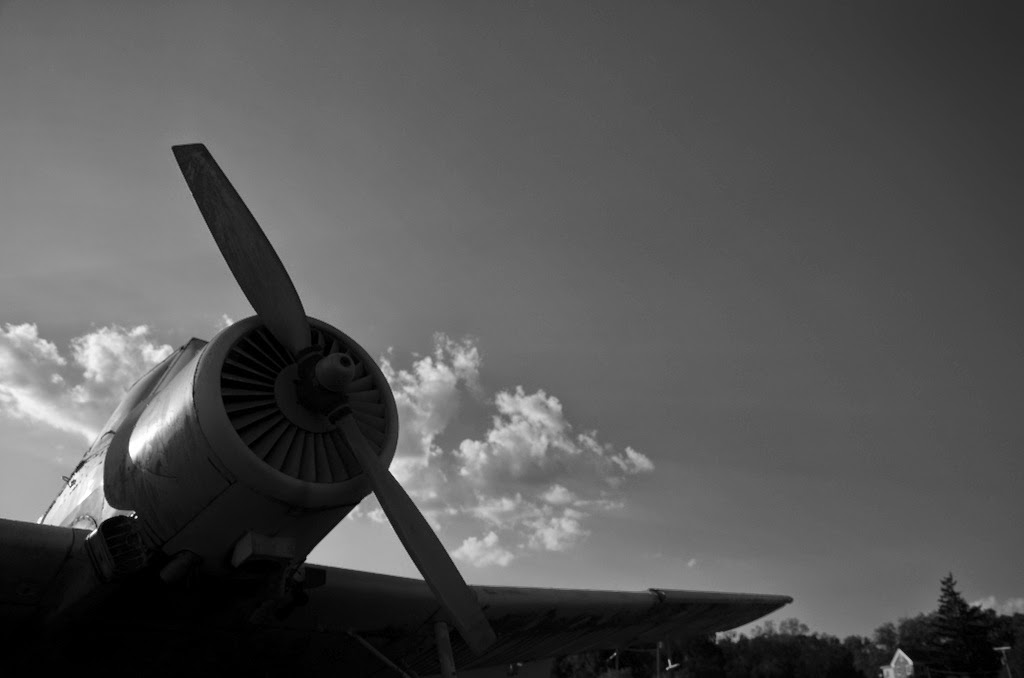 I was recently thinking that this blog feels slightly in the doldrums. Having recently re-read some of my earlier entries, as much as two and a half years ago, I wondered if I had more to say about the poems then. On the other hand, some blogs don't even last this long. And I never wanted to be prescriptive about the content; it can be a bit of everything, as long as there's poetry.

On the bright side, this year hasn't been bad at all (by my standards, anyway) for publishing bits and pieces and for writing poems. I'm very pleased about my most recent publications, for different reasons.

My poem 'As though we lived falling out of the skin into the soul' appeared last month as one of the weekend poems on The Missing Slate. This fascinating arts journal is Pakistan-based with an international staff and outlook. The poem was inspired by this extremely moving account on English PEN of the poet Ivo Machado and the English pilot, which troubled and haunted me from the moment I read it. Sadly, I suppose the missing Malaysia Airlines flight may also have been somewhere in the background, too. Pablo Neruda provided inspiration with the title and the quote.

The other publication actually was the culmination of years of work. In my day job working on the publishing program for LAMDA's examinations in speech and drama, I and some of my colleagues have been developing new Verse & Prose and Acting anthologies for use with the new syllabuses over the next few years. They have finally been published. If there are certain lessons I have learned from working on anthology development, it is that permissions are an absolute nightmare, and you can expect plenty of spanners in the works at the last minute. On the bright side, the new books look great and I think the content is really dynamic and varied. A couple of my poems made it into the Verse & Prose anthology, one of them being 'Andalucia', first published in Shot Glass Journal. The other is a poem called 'London, 7 July' which I wrote just after 7/7 and just before moving from Dublin to London. It is still very reflective of my emotions in the moment and I have to admit that when I see it in print, a part of me feels quite exposed.

The Verse & Prose anthology also features many of my favourite authors and favourite works, including the following, among others:

Posted by Clarissa Aykroyd at 21:50 No comments:


I've now drawn names and notified winners of my Big Poetry Giveaway for 2014.

See you next year for the Big Poetry Giveaway 2015, I hope!
Posted by Clarissa Aykroyd at 13:44 No comments: 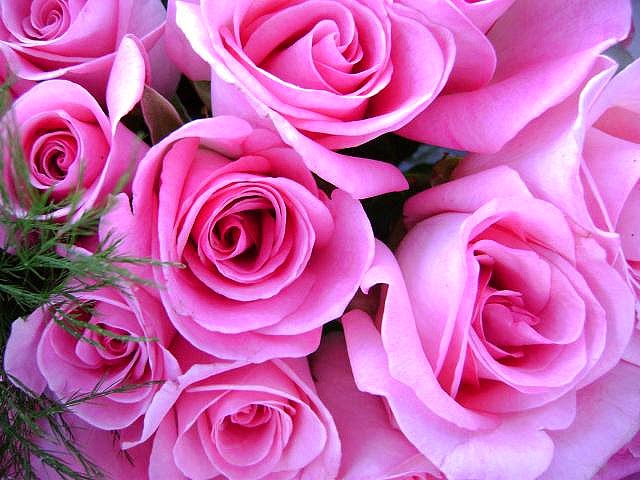 In an attempt to keep the momentum going, here's my translation of XIII from Rilke's Les Roses/The Roses, followed by the original. I found this more straightforward than XII, but a little bit elusive.

Do you prefer, rose, to be the ardent companion
of our present raptures?
Or does remembrance take the upper hand,
when some happiness returns?

I have seen you so often, brittle and content,
- each petal a shroud -
in a fragrant casket, beside a candle...
or when reading alone, in leaves of a book well-loved.

Email ThisBlogThis!Share to TwitterShare to FacebookShare to Pinterest
Labels: my own poems, Rainer Maria Rilke, translation
Newer Posts Older Posts Home
Subscribe to: Posts (Atom)
"The Stone and the Star simply IS poetry" (Anthony Wilson)
"The Stone and the Star constantly surprises with new discoveries and reminders of old favourites... Fast becoming a stalwart of the UK poetry blogging scene" (Matthew Stewart, Rogue Strands)
"Clarissa Aykroyd is doing an important thing: a poet writing about poetry, and with a spirit of awed enthusiasm" (Tim Buck, Spectral Lyre)
"Your life, with its immensity and fear,
...now bounded, now immeasurable,
it is alternately stone in you and star."
(from 'Evening', Rainer Maria Rilke,
translated by Stephen Mitchell)