Keep My Words Forever: a tribute album for Osip Mandelstam 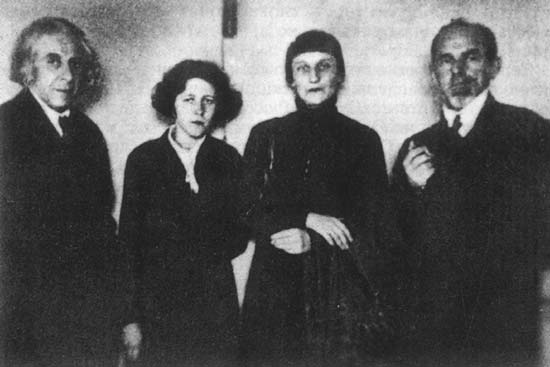 In January, it was 130 years since the birth of the great Russian poet Osip Mandelstam. Mandelstam is widely translated and read in the English-speaking world, but unsurprisingly, his influence is greater in Russian-speaking countries. A victim of state persecution and of the efforts of other literary figures who opposed his subversive views, Mandelstam is as readable and relevant as ever today.
This year, a group of popular musicians have released a tribute album which sets Mandelstam's words to music. The album is called Сохрани мою речь навсегда (in English, Keep My Words Forever) and can be found on streaming platforms including Spotify, Apple Music and others.
Some of the artists (who will be better known to Russian speakers) include Ilya Lagutenko (lead singer of the popular band Mumiy Troll), Leonid Agutin, Noize MC and Sansara. Alina Orlova, from Vilnius, performs in Lithuanian, and Mgzavrebi perform in Georgian. The artist who I think may be known to some non-Russian speakers is Oxxxymiron, a prominent Russian rapper who has lived in Slough and the East End of London, and who studied English literature at Oxford University. He performs a rap version of 'Lines for an unknown soldier'. The songs are all musical settings of Mandelstam poems, and they appear on the album in the order that the poems were published.
The project was initiated and produced by Roma Liberov, who I crossed paths with a few years ago. He had already directed the documentary film Keep My Words Forever (2015) about Mandelstam, and in 2017 I went to a screening of the film at London's Pushkin House, where Liberov spoke about Mandelstam's importance and about his work on the documentary. You can read my writeup of the event here: https://thestoneandthestar.blogspot.com/2017/10/keep-my-words-forever-mandelstam-at.html
I have listened to the album and was very moved by it. My own grasp of Russian is still nascent and as a result, I'm obviously missing some of the impact of the words. The musical styles featured include jazz, 80s-style pop, rap and more, and the poems include works such as 'I despise the light', 'This night is irredeemable' and 'I returned to my city, familiar to tears'. Personally, I definitely liked some tracks better than others. But above all, this project reveals the extreme vitality of Mandelstam's work in our time, and a desire to bring him closer to new audiences, many of which I am sure will embrace his poems if they haven't already. I love to see that Mandelstam is still loved so much.
I recommend checking out the project's official website, https://om130.ru/ . (You can use the Translate function on your browser to see it in English, if you don't speak Russian.) Here you can see the album's wonderful artwork and find links to videos of the songs on Youtube.
Image: Osip Mandelstam (far right) with Chulkov, Petrovykh and Anna Akhmatova. 1930s.
Posted by Clarissa Aykroyd at 14:15 No comments:

The Sarah Maguire Prize for Poetry in Translation Shortlist

A few days ago, the Poetry Translation Centre announced the shortlist for the inaugural Sarah Maguire Prize for Poetry in Translation. The Poetry Translation Centre has helped to bring great contemporary work from around the world to English speaking audiences, and this new translation prize is likely to play a significant role in years to come.
This new prize is in honour of the late Sarah Maguire, who founded the Poetry Translation Centre, and it will recognise the best book of poetry by a living poet from Africa, Asia, Latin America or the Middle East, translated into English. This year's judges are Alireza Abiz, Ida Hadjivayanis and Leo Boix. The award winner will be announced on Thursday 25 March.
The shortlist includes the following titles:
Factory Girls by Takako Arai (Action Books, 2019. Translated from Japanese by Jeffrey Angles, Jen Crawford, Carol Hayes, Rina Kikuchi, You Nakai and Sawako Nakayasu.)
A Boat to Lesbos and other poems by Nouri Al-Jarrah (Banipal Books, 2018. Translated from Arabic by Camilo Gómez-Rivas and Allison Blecker.)
Incomprehensible Lesson by Fawzi Karim (Carcanet Press, 2019. In versions by Anthony Howell after translations from the Arabic made by the author.)
Hysteria by Kim Yideum (Action Books, 2019. Translated from Korean by Jake Levine, Soeun Seo and Hedgie Choi.)
Tiawanaku: Poems from the Mother Coqa by Judith Santopietro (Orca Libros, 2019. Translated from Spanish by Ilana Luna.)
Anniversary Snow by Yang Lian (Shearsman Books, 2019. Translated from Chinese by Brian Holton with further translations by WN Herbert, L Leigh, Liang Lizhen, Pascale Petit, Fiona Sampson, George Szirtes and Joshua Weiner.)
You can read more here about this year's prize and associated events and publications: https://www.poetrytranslation.org/articles/sarah-maguire-prize-for-poetry-in-translation-shortlist
Posted by Clarissa Aykroyd at 18:22 No comments:

Email ThisBlogThis!Share to TwitterShare to FacebookShare to Pinterest
Labels: Poetry Translation Centre, Sarah Maguire, Sarah Maguire Prize for Poetry in Translation, translation
Newer Posts Older Posts Home
Subscribe to: Posts (Atom)
"The Stone and the Star simply IS poetry" (Anthony Wilson)
"The Stone and the Star constantly surprises with new discoveries and reminders of old favourites... Fast becoming a stalwart of the UK poetry blogging scene" (Matthew Stewart, Rogue Strands)
"Clarissa Aykroyd is doing an important thing: a poet writing about poetry, and with a spirit of awed enthusiasm" (Tim Buck, Spectral Lyre)
"Your life, with its immensity and fear,
...now bounded, now immeasurable,
it is alternately stone in you and star."
(from 'Evening', Rainer Maria Rilke,
translated by Stephen Mitchell)