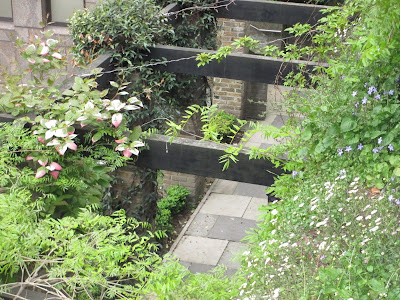 I think that poem publications are much like buses in that often there are none for ages and then there are a few at once. Or at least two.

This week, my poem 'Healer' appeared in Ink Sweat & Tears, as part of their National Poetry Day feature (which they have a tradition of turning into National Poetry Week). The next day, my poem 'In Paris' was published in The Interpreter's House, which has just moved to a new online format.

I wrote 'Healer' a couple of years ago when I did a residency with the Poetry School and London Parks & Gardens Trust, in Cleary Garden, a historic public garden in the City of London. Although it was named after Fred Cleary, who campaigned for public spaces in the City, Cleary Garden was originally founded by Joseph Brandis, the subject of the poem. There aren't a lot of details about Brandis (that I'm aware of) but he was a member of the Cordwainers Company, and he did such a good job of transforming that particular bomb site into a garden that the Queen visited in 1949. The theme of this year's National Poetry Day was 'Change', so the poem was perfect for the Ink Sweat & Tears feature.

'In Paris' was written last year, after my last visit to Paris (a weekend meet-up with my brother). I've now been reading Paul Celan for over 20 years, and his importance in my writing and reading life can hardly be over-estimated. I've written a few poems more or less inspired by or dedicated to him, but this is definitely the one I'm happiest with. I always think of Celan in Paris, although, as the poem says, I've never gone as far as Pont Mirabeau (he lived nearby and is presumed to have jumped to his death from that bridge).

Posted by Clarissa Aykroyd at 22:45 No comments: 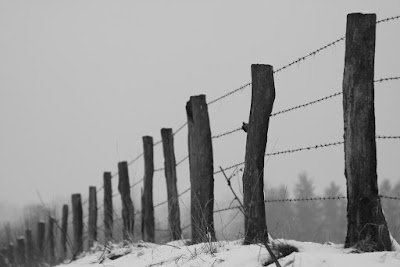 Occasionally I read poems from past decades which seem extraordinarily present in our own time - to borrow a cliché, they seem like they've been ripped from today's headlines.

This poem by Sidney Keyes, who did not survive World War II, is one of them. Initially it made me think of the refugee crises of recent years, but there was much more, such as "the politicians with their stale/Visions and cheap flirtation with the past".

I realise I have been an infrequent blogger recently, and I completely failed to write about National Poetry Day on Thursday. I do hope that everyone had a bit of poetry in their day - and I will have a little more to add to that next week.


Never a day, never a day passes
But I remember them, their stoneblind faces
Beaten by arclights, their eyes turned inward
Seeking an answer and their passage homewards:

For being citizens of time, they never
Would learn the body's nationality.
Tortured for years now, they refuse to sever
Spirit from flesh or accept our callow century.

Not without hope, but lacking present solace,
The preacher knows the feel of nails and grace;
The singer snores; the orator's facile hands
Are fixed in a gesture no one understands.

Others escaped, yet paid for their betrayal:
Even the politicians with their stale
Visions and cheap flirtation with the past
Will not die any easier at the last.

The ones who took to garrets and consumption
In foreign cities, found a deeper dungeon
Than any Dachau. Free but still confined
The human lack of pity split their mind.

Whatever days, whatever seasons pass,
The prisoners must stare in pain's white face:
Until at last the courage they have learned
Shall burst the walls and overturn the world.

Posted by Clarissa Aykroyd at 23:57 2 comments:

Email ThisBlogThis!Share to TwitterShare to FacebookShare to Pinterest
Labels: Sidney Keyes
Newer Posts Older Posts Home
Subscribe to: Posts (Atom)
"The Stone and the Star simply IS poetry" (Anthony Wilson)
"The Stone and the Star constantly surprises with new discoveries and reminders of old favourites... Fast becoming a stalwart of the UK poetry blogging scene" (Matthew Stewart, Rogue Strands)
"Clarissa Aykroyd is doing an important thing: a poet writing about poetry, and with a spirit of awed enthusiasm" (Tim Buck, Spectral Lyre)
"Your life, with its immensity and fear,
...now bounded, now immeasurable,
it is alternately stone in you and star."
(from 'Evening', Rainer Maria Rilke,
translated by Stephen Mitchell)