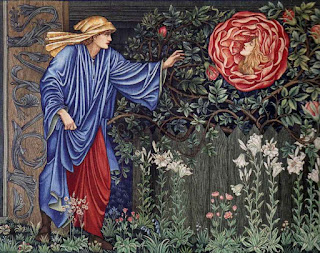 Pilgrim in the Garden, or The Heart of the Rose - Edward Burne-Jones


Here are my two latest Rilke 'Rose' poem translations from French. Only seven to go in the sequence... I can do this.

The French originals are below the translations.

Do you offer your own example?
Can we be sated like the roses,
increasing our subtle substance
just to let time go as it goes?

Because you might say it’s no trouble
to be a rose.
God, while looking out the window,
cares for the house.

Tell me, rose, from whence comes
that which you enclose,
your slow essence imposing
on this space of prose
all these airy transports?

How many times does this air
act as though it’s cut,
or, with a pout,
look bitterly about.
Meanwhile, around your flower,
it plays ring-a-rose.

Posted by Clarissa Aykroyd at 10:26 6 comments: 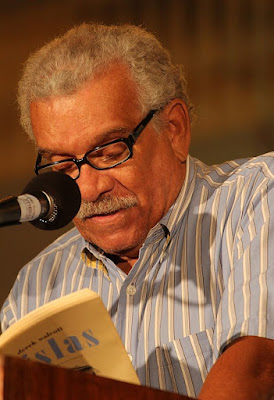 Derek Walcott, poet and playwright of Saint Lucia, died on 17 March at the age of 87.

I think I recall my first Derek Walcott poem. It was 'The Season of Phantasmal Peace' and I encountered it in a literary criticism class at university. I would have been 18 or 19. I don't remember what we said about this poem, or which angle we approached it from, but I do remember how it looked in my mind and I have some recollection of the sensation. It was a vision of a murmuration of starlings - those strange, almost supernatural flock movements - and the poem came with a sensation of power and lift-off that I found unusual and exhilarating.

I've read Derek Walcott on and off since then. I was at the 2010 TS Eliot Prize readings when he won for White Egrets, but sadly he wasn't present to read (Seamus Heaney was there to read from his own nominated collection, though. How amazing would it have been to see them on the same stage...). I correctly picked him as the winner out of an especially strong field, though. Amongst 20th century poetry, his work just might be the most outstanding example of how to unite far-flung influences. Walcott was mixed-race and as with his background, his writing brought together Caribbean culture, classical literary influences, and the various legacies of colonialism. I think of his poems as being like Rembrandt's paintings, or a seemingly effortless and flawless work of architecture. The craftsmanship is almost too good to be grasped. You just experience something of exceptional depth, beauty and clarity - which also stands up to extremely close analysis, if you want to go there.

Walcott was every bit as good as TS Eliot or Elizabeth Bishop or Seamus Heaney; often better, I think. He is the poet who reminds us that constant attention to craft and openness to the world's variety are powerful things.

Here are a handful of poems to start with, or to go back to.

THE SEA IS HISTORY
THE FIST
SEA CANES
SEA GRAPES 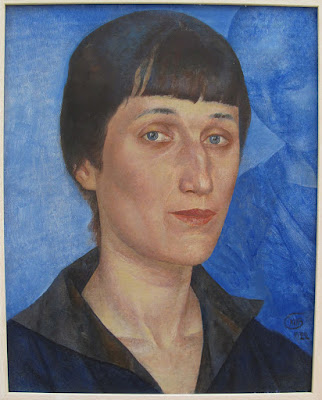 
People are writing all sorts of interesting things for International Women's Day. I thought, belatedly, that I would simply share a few poems that seem appropriate.

I COULD NOT TELL (Sharon Olds)

Posted by Clarissa Aykroyd at 23:21 No comments:

Email ThisBlogThis!Share to TwitterShare to FacebookShare to Pinterest
Labels: Anna Akhmatova, International Women's Day, Sharon Olds, Sylvia Plath
Newer Posts Older Posts Home
Subscribe to: Posts (Atom)
"The Stone and the Star simply IS poetry" (Anthony Wilson)
"The Stone and the Star constantly surprises with new discoveries and reminders of old favourites... Fast becoming a stalwart of the UK poetry blogging scene" (Matthew Stewart, Rogue Strands)
"Clarissa Aykroyd is doing an important thing: a poet writing about poetry, and with a spirit of awed enthusiasm" (Tim Buck, Spectral Lyre)
"Your life, with its immensity and fear,
...now bounded, now immeasurable,
it is alternately stone in you and star."
(from 'Evening', Rainer Maria Rilke,
translated by Stephen Mitchell)