The Poetry Library at London's Southbank Centre recently had an exhibition about Portuguese poet Alberto de Lacerda and his relationship with London.

Alberto de Lacerda lived in many countries in his lifetime, but London was his greatest love and he lived here for years, also working as a BBC presenter. His friends and colleagues included Edith Sitwell, TS Eliot, Alec Guinness, Christopher Middleton and many others.

His work was new to me, but from the handwritten manuscripts and short poems displayed at this exhibition, it was extremely beautiful, personal but with the breadth of the light and the sky. Southbank was one of his spiritual homes, and apparently he was living a lonely existence in Battersea (my area) when he died in 2007 at the age of 78.

Looking at the exhibition, I felt as though I were shaking hands with this poet across years, or as though he were someone I could have smiled at or chatted with on one of my many visits to Southbank. There is something special about writers who loved the places you love.

Here are some photos from the exhibition: 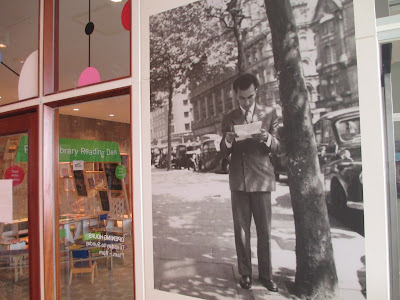 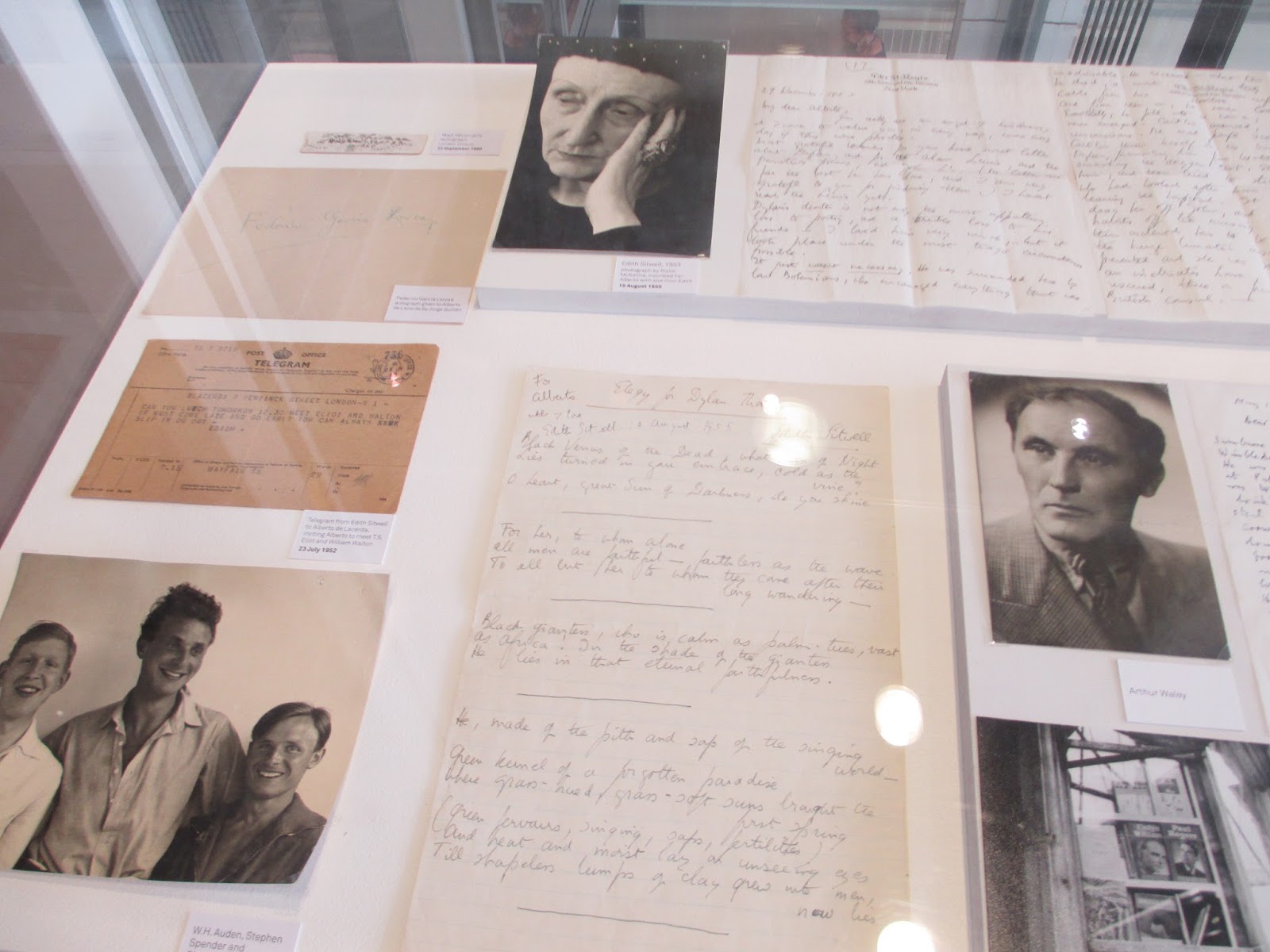 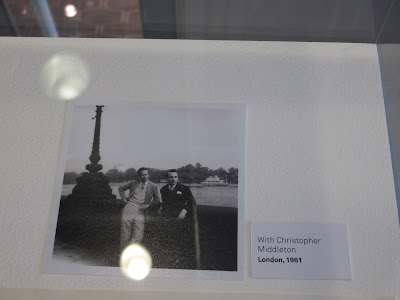 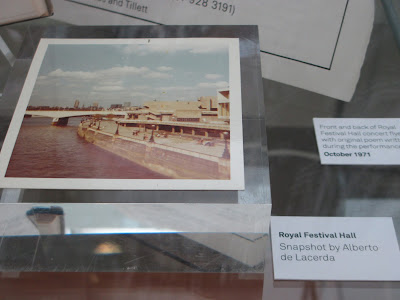 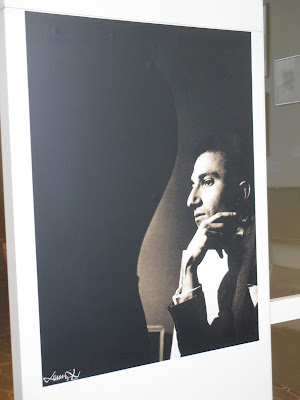 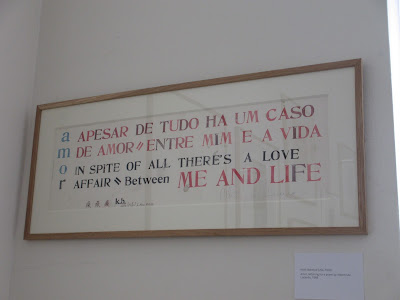 Posted by Clarissa Aykroyd at 21:17 No comments:

The Return of Poet In a Garden

I will be resident in Cleary Gardens, an extremely historic site in the City of London near Mansion House. Much like last year, the plan is to write some poems and probably do some readings in the garden on the weekend...but I don't have details yet about readings and other activities. Watch this space...

Here are a few photos from the garden: 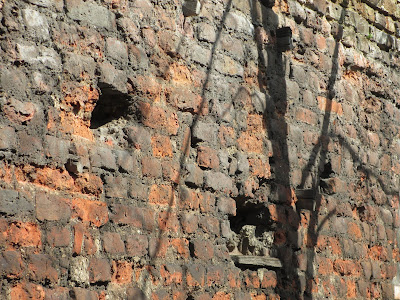 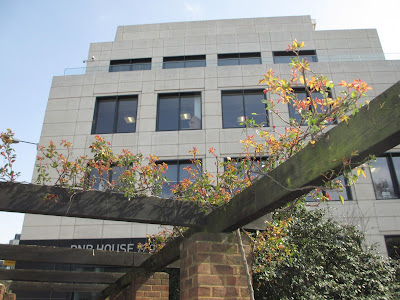 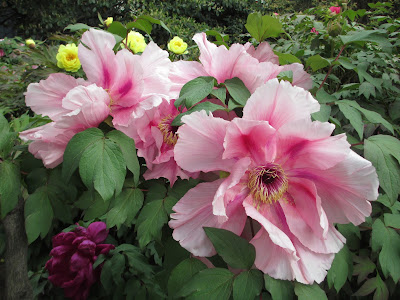 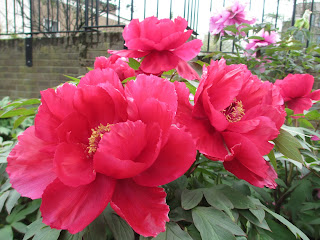 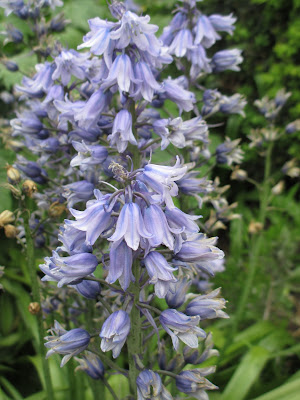 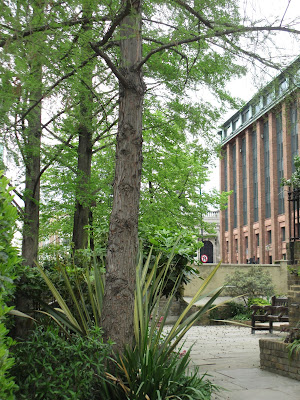 Posted by Clarissa Aykroyd at 15:33 No comments:

50 Years of Modern Poetry In Translation


Founded in 1965 by Ted Hughes and Daniel Weissbort, Modern Poetry in Translation has led the way in bringing the poetry of non-English-language cultures to readers of English, and in fostering connections and collaborations between poets, translators and readers from different countries.

When I started seriously reading poetry in translation a few years ago - and even translating a little myself - I realised that it was a much broader field than I'd imagined; not just in terms of languages and styles explored, but in terms of starting points, end results and journeys. Poets can (in the traditional way) translate directly from the chosen poet/language. They can also create a poem from a literal translation (without knowing the original language). They can translate alone, in groups, with or without the original poet. They can translate closely, striving to maintain accuracy and form, or they can create loose "versions" which are more like completely new poems taking inspiration from the originals. They can also delve into film-poems and other multimedia. Of course, there can be controversy over these varying methods, but they all have their validity, and this diversity means that any poet, translator or reader can find their place. I also feel strongly that they should find a place, even if it's just an occasional corner; the frequent lack of interest about international poetry and poetry in translation in English-speaking literary circles is sometimes depressing.

This kind of diversity has also been reflected in the various events and projects organised by Modern Poetry in Translation for their anniversary. They have released Centres of Cataclysm (Bloodaxe, 2016), an anthology of work from across MPT's history, edited by current editor Sasha Dugdale and previous editors David and Helen Constantine. They also held launches and events in various places, including the London launch of the anthology on 5 May at King's College Chapel, and two 'study days' in Cambridge and Oxford.

I was fortunate enough to attend the King's College launch, and the Oxford study day on 14 May. At the King's College launch, readers and those present included Carol Hughes (Ted Hughes' widow), actor David Bradley (who read Hughes' translation of 'The Boy Changed Into a Stag Cries Out at the Gate of Secrets' by Ferenc Juhasz), Malawian poet Jack Mapanje, Ingeborg Bachmann's brother Heinz Bachmann, Ruth Padel, Frances Leviston, and many others. The moment that hit me particularly hard was Helen Constantine reading Ingeborg Bachmann's 'Days in White' (translated by Daniel Huws):


There on the horizon,
brilliant in its destruction,
I'm aware of my fabulous continent
that dismissed me
in a shroud.


The Oxford study day on 14 May, at Queen's College, was a feast. I was able to catch up with some new and old poetry friends during the many tea and coffee breaks. We started the day with a couple of workshops, having been given a few to choose from. My first workshop was about translating from German, with German poet Ulrike Almut Sandig and translator/scholar Karen Leeder. Ulrike Almut Sandig's poems were fascinating - we watched a film-poem of her collaboration with New Zealand poet Hinemoana Baker, and heard/watched her perform her poem 'The fairy tale of Schlauraffenland', a weird, beguiling, disturbing game-show-set work about contemporary Germany and the refugee crisis. My own problem with trying to translate from a literal translation was that, although I don't speak German, I do have an inkling of it, and thus I felt a bit over-tied to the original without it being really useful (if that makes any sense at all...) Ulrike Almut Sandig and Karen Leeder spoke about the visual dimension of poetry, how 'mistakes' in translation can be part of the aesthetic (or, in the film-poem, geographical mistakes on an inflatable globe of the world), and how orientation in the poem and in translation involves both gathering and losing (like the inflatable globes being chased and taken by the wind...) When confronted with very culturally specific idioms or concepts, the poet may need to find an equivalent in their own culture, or go for the meaning, or go for the sound. Translating is so often about choice and compromise.

The French workshop with Stephen Romer was of the greatest interest to me because I actually can translate directly from French. He explored the different types of writing in French poetry and their difficulty or ease of translation into English. For example, the poetry of Verlaine, Hugo and Baudelaire tends to have a smooth, orchestrated, soft sound which translates with difficulty (although anything is possible...) Poets such as Gautier and Corbière featured a more staccato sound with more to "grab on to" in order to "English" the poem. These were invaluable tips and suggestions for finding poems which will translate well. We then worked to translate poems by writers such as Jean Follain and Valérie Rouzeau, and I made some discoveries both in terms of approaches and in wanting to look more deeply into these wonderful writers.

Lunch was in a magnificent hall in the college, in good company, and then there was a launch and discussion of Centres of Cataclysm and translation. The readers and speakers included Sasha Dugdale, David and Helen Constantine, Karen Leeder, Nikola Madzirov, Pascale Petit and Ulrike Almut Sandig. Pascale Petit read her fascinating response 'At the Gate of Secrets' to 'The Boy Changed Into a Stag Cries Out at the Gate of Secrets', while Ulrike Almut Sandig's poem about the Holocaust and the translation by Karen Leeder were particularly moving for everyone, including the readers themselves. This was followed by a session on Playing Brecht, where David Constantine and Tom Kuhn discussed the translation of Bertolt Brecht. Composer Dominic Muldowney, actor Claire Brown and director Di Trevis ran us through a fascinating rehearsal/staging of a Brecht song.

The final session was a launch of the new microsite dedicated to the first issue of MPT. This is an elegantly presented resource featuring extraordinary poems by the likes of Czeslaw Milosz, Zbigniew Herbert, Vasko Popa, Miroslav Holub and Yehuda Amichai. Karen Leeder spoke about Ingeborg Bachmann, who appeared in MPT 3 (there were no women poets in the first two issues) and the importance of highly literal translations in the earlier editions. Macedonian poet Nikola Madzirov read a wonderful poem written in tribute to Vasko Popa, which was a particularly awesome moment for me as Madzirov and Popa are two of my favourite poets. Vasko Popa, a Serbian, was a Yugoslavian poet because of the times he lived in, while Madzirov was coming of age when Yugoslavia was coming apart; thus, he said, there was a distance between them, but "there was something that brought us closer - it was the darkness" and the way Popa's use of mythology and symbolism was like "looking through the darkness and seeing the shapes of souls and objects." Madzirov, while (to me) a more tender and less potentially frightening poet than Popa, is a worthy successor. Ulrike Almut Sandig spoke about refugee movements and their parallels/reflections in changes of language, also reading a tribute to German-Icelandic writer Helga Maria Novak.

This was a really rich, warm occasion which I was delighted to be part of. I didn't get many great photos, but here are a few: 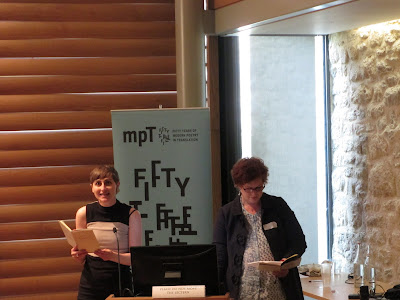 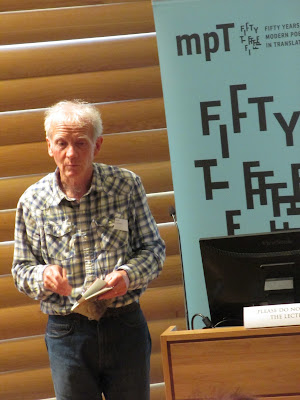 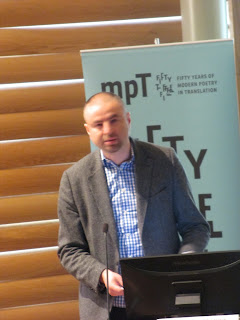 Posted by Clarissa Aykroyd at 15:22 No comments: