Adam Hall's Quiller Meets the Poems In My Head 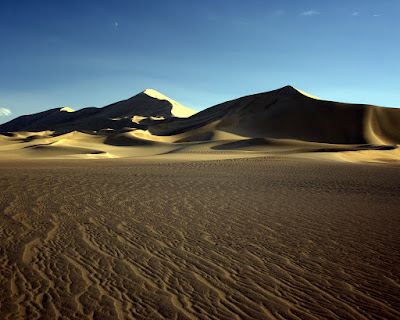 In the past year, I started reading a series of books by Adam Hall (one of the pseudonyms of British author and playwright Elleston Trevor) about a spy known only as Quiller. Quiller is something of an enigma who also bares his mind's intricate workings to an uncomfortable degree: it's as though you're in his body, seeing through his eyes, and calculating the angle at which a very fast car is going to ricochet when it hits the guard rail.

The terse stream-of-consciousness poetry of Hall's writing, and the multiple layers of his central character, attracted me to this series even more than the undeniably exciting plots. A few books into the series, I read The Striker Portfolio (1968) and The Tango Briefing (1973) within a week. At this point, something both strange and familiar started to happen: the books went into my head and started talking to the other books, and poems, that I've stashed in there over the years.

In The Striker Portfolio, Quiller finds himself on the Frontier between West and East Germany, at night, following a man through a minefield. 'It was an eerie place,' he says, 'a landscape with dead figures: the posts leaning like gibbets and the web of the wire breaking the flat two-dimensional background into sections as if the whole scene were cardboard, a badly lighted stage. Perhaps it was difficult for him to believe in the unlikely: that a man was standing not far from him, thrown up from the waste of earth where armies had once passed, leaving their dead.'

When I read this, I suddenly flashed to the war poems of Keith Douglas: 'a landscape with dead figures' called up his poem 'Landscape with Figures 2':

On scrub and sand the dead men wriggle
in their dowdy clothes. They are mimes
who express silence and futile aims
enacting this prone and motionless struggle
at a queer angle to the scenery
crawling on the boards of the stage like walls
deaf to the one who opens his mouth and calls
silently. [...]

In The Tango Briefing, Quiller is sent to the Sahara (as usual, with minimal information) to investigate a plane crash. Preparing for his mission in the crumbling Auberge Yasmina, he notes 'a forecourt buried under the shade of rotting palms where I could hear rats running.' Later: 'The curved fronds of the palms hung piled against the minarets and the filigree of window-grilles, their tips burned brown by the heat of never-ending noons; in them I could hear rats rustling.' Amidst the nervous tension of these scenes, I found myself thinking of TS Eliot: 'I think we are in rats' alley/Where the dead men lost their bones' (The Waste Land), and the 'rats' feet over broken glass' of 'The Hollow Men'. Sent into the desert on a glider (an eerie voyage which made me think of Antoine de Saint-Exupéry's writings, particularly Vol de nuit) and isolated in an extraordinarily dangerous environment, Quiller has to seek a specific outcropping of rocks, his only point of reference...

[...] you know only
A heap of broken images, where the sun beats,
And the dead tree gives no shelter, the cricket no relief,
And the dry stone no sound of water. Only
There is shadow under this red rock,
(Come in under the shadow of this red rock) [...]

Does any of this mean anything, I wondered? Was Adam Hall reading Keith Douglas, TS Eliot or Saint-Exupéry? Was he alluding to them, consciously or otherwise? Maybe. Probably. Probably not. But what I realised as I flashed back and forth between the books I was reading and the poems I carry around with me was that this dialogue (for want of a better word) in my head was a strong indicator of how much the books were affecting me. Not all books will awaken these tenuous and uncertain echoes. I think it means that they've already entered one of my mind's inner rooms, where bits of literature meet and talk to each other. It's a compliment to all of the writers involved, and it's also a source of creativity, a catalyst, an opening into a further palace of doors.

Email ThisBlogThis!Share to TwitterShare to FacebookShare to Pinterest
Labels: Adam Hall, Antoine de Saint-Exupery, Keith Douglas, Quiller, T S Eliot
Newer Posts Older Posts Home
Subscribe to: Posts (Atom)
"The Stone and the Star simply IS poetry" (Anthony Wilson)
"The Stone and the Star constantly surprises with new discoveries and reminders of old favourites... Fast becoming a stalwart of the UK poetry blogging scene" (Matthew Stewart, Rogue Strands)
"Clarissa Aykroyd is doing an important thing: a poet writing about poetry, and with a spirit of awed enthusiasm" (Tim Buck, Spectral Lyre)
"Your life, with its immensity and fear,
...now bounded, now immeasurable,
it is alternately stone in you and star."
(from 'Evening', Rainer Maria Rilke,
translated by Stephen Mitchell)