The Spindrift Pages: A Poetry Mystery 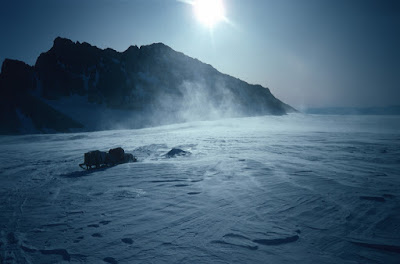 Tonight I thought I would share a mystery with my readers.

Back in 2012, or maybe 2011 - around when I first started writing The Stone and the Star - I somehow came across this blog, The Spindrift Pages. I don't know how this happened: I might have stumbled across it, or someone might have clicked through to my blog from it, or the blogger might have followed me.

15 posts appeared in 2011, 14 posts in 2012, and then they stopped in March 2012. Most of the posts are original poems. The blogger's name, at least on the blog profile, is Beetle Taylor (possibly a car name??) and they described themselves as "19 years old, between school and university, in the middle of nowhere, with endless supplies of books to read, thanks to thursday market. Hoping to write a poem a day (at the very least) for a year...and hoping that someone might read them!" I commented a few times, so we had some warm but very slight interaction.

The point that I am building up to is that the poems are absolutely remarkable. I think there's a little Sidney Keyes there, a little TS Eliot, a little Wallace Stevens: older but good influences, perhaps not the most original, but this poet was very young. They are authoritative, coolly observant, fond of light alliteration, beautifully shaped, and not facile in the least. I've returned to them a few times in subsequent years, reading a poem or two and wondering if the writer would come back. So far, no.

Assuming that the basic biographical details, at least, are correct, this poet is probably 26 now, and I sincerely hope they are still writing poetry. I have wondered if they started a blog under a different name or their real name, if they moved on to other things, or indeed if they are okay. I've also wondered if this could be someone I know online or in real life.

Do read and enjoy The Spindrift Pages, and if you have a clue to the mystery, let me know. 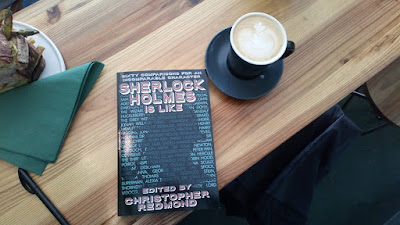 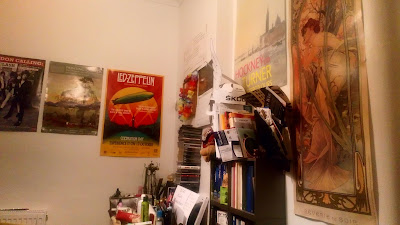 I don't often get asked for interviews, partly because the world has thus far failed to recognise my coruscating genius (read: I haven't won anything to speak of, at least not recently, and have not even published a poetry collection yet.)

However, a couple of generous souls out there in poetry-world have recently been posting wide-ranging interviews on their blogs, with a variety of writers at varying points in their careers. I was delighted to recently appear in both of these interview series.

The first was 'my (small press) writing day' curated by rob mclennan, a Canadian writer who has published more than 20 books of poetry, fiction, and non-fiction. His main blog can be found here. The piece I wrote for him wasn't so much an interview as a description of my writing day. Since I don't really have a writing day, it went off at a tangent. You can read it here: http://mysmallpresswritingday.blogspot.com/2018/10/clarissa-aykroyd-my-small-press-writing.html

The second was part of the 'Wombwell Rainbow Interviews' series by UK poet and local historian Paul Brookes. This is more of an interview where I answered a series of questions about my reading and writing background and development. I really enjoyed answering the questions and they made me reflect on where I've come from (and although I included a lot, I now suspect I also left out quite a lot...it's never-ending.) You can read the interview here: https://thewombwellrainbow.com/2018/11/14/wombwell-rainbow-interviews-clarissa-aykroyd/

Posted by Clarissa Aykroyd at 00:01 No comments:

Email ThisBlogThis!Share to TwitterShare to FacebookShare to Pinterest
Labels: interviews, my own poems, my small press writing day, Paul Brookes, rob mclennan, Wombwell Rainbow
Newer Posts Older Posts Home
Subscribe to: Posts (Atom)
"The Stone and the Star simply IS poetry" (Anthony Wilson)
"The Stone and the Star constantly surprises with new discoveries and reminders of old favourites... Fast becoming a stalwart of the UK poetry blogging scene" (Matthew Stewart, Rogue Strands)
"Clarissa Aykroyd is doing an important thing: a poet writing about poetry, and with a spirit of awed enthusiasm" (Tim Buck, Spectral Lyre)
"Your life, with its immensity and fear,
...now bounded, now immeasurable,
it is alternately stone in you and star."
(from 'Evening', Rainer Maria Rilke,
translated by Stephen Mitchell)