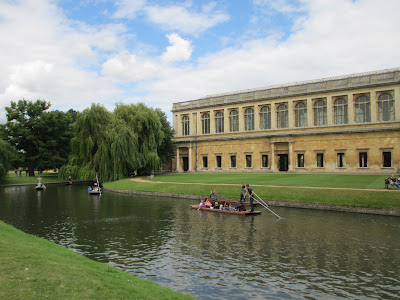 
I recently had a few new poems published in the short-form poetry journal Shot Glass Journal, and you can read them here: http://www.musepiepress.com/shotglass/issue18/clarissa_aykroyd1.html

'Fryderyk Chopin and the Meaning of Space' was inspired partly by a documentary, and partly by a commission. Some months ago I was in Canada and one night I watched a documentary about Chopin - my favourite composer - with my father. In the course of the documentary it was mentioned that Chopin alluded to the mathematician Urbain Le Verrier in one of his letters. It was 1846 and Le Verrier had predicted the discovery of Neptune. Around this time I also had to write a poem about 'space' - in any of its meanings - for an upcoming reading with The Quiet Compere. This poem was the end result.

'Cambridge' came out of my visit to the city in July - and a piano I stumbled across - and 'Mise en scene' arose from work around my garden residency last summer.

Posted by Clarissa Aykroyd at 17:06 No comments:

Email ThisBlogThis!Share to TwitterShare to FacebookShare to Pinterest
Labels: Chopin, my own poems, Shot Glass Journal, The Quiet Compere

Gwendolyn MacEwen and the "Poem": 'Let Me Make This Perfectly Clear' 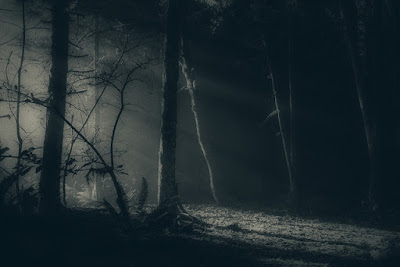 
One of Canada's great poets, Gwendolyn MacEwen was associated with other key Canadian literary figures such as Northrop Frye and Margaret Atwood. She died at the age of 46 but left her incisive, mysterious, beautifully written poems.

'Let Me Make This Perfectly Clear' is a favourite of mine, and it goes out to anyone who doubts the motives of artists, or indeed anyone who writes just because they want to be a "Poet". It's not about a title or an act, says MacEwen - it's something much bigger.

I love the humorous-angry tone of the poem which gives way, in the final lines, to the unfathomable darkness which is both the source and the conclusion of art. The ending of the poem stops me in my tracks.

Mark Strand: 'A Piece of the Storm' 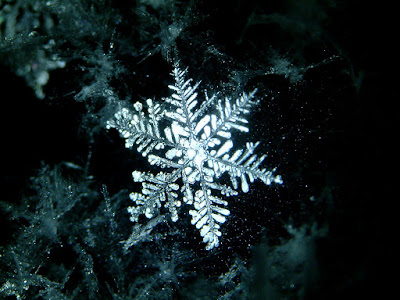 
American (Canadian-born) poet Mark Strand, who among other honours won a Pulitzer and served as the US Poet Laureate, died in November 2014. I was certainly somewhat familiar with his work at this point, but I'm now not sure if it was before or after his death that I read the poem 'A Piece of the Storm'. I think it may have been not long before.

Something reminded me of this poem today and I can't remember what it was. Or maybe it's not a case of remembering. It may have been the snow that isn't falling from the sky and hasn't fallen all winter, here in London. Maybe it was the snow that most certainly fell on the Eastern seaboard. Or it could be the feeling that a poem seems to be nudging at me, waiting to be created.

I loved this poem the first time I read it and I know I will never forget it. The poem itself is like the snowflake, the piece of the storm. It could be about "the lifting and falling away of attention" that sometimes - even much later - leads to artistic creation. It could be about an announcement of divine revelation, a vision of the future. It could be about the tiny moments, the tiny fragments that lead to an enormous change - "It's time. The air is ready. The sky has an opening" - like a Rilkeian "you must change your life." Or it could be, in its plainest form, about the moments before a storm. It is any and all of these, and probably a perfect poem.

Posted by Clarissa Aykroyd at 23:05 No comments:

Email ThisBlogThis!Share to TwitterShare to FacebookShare to Pinterest
Labels: Mark Strand, Rainer Maria Rilke
Newer Posts Older Posts Home
Subscribe to: Posts (Atom)
"The Stone and the Star simply IS poetry" (Anthony Wilson)
"The Stone and the Star constantly surprises with new discoveries and reminders of old favourites... Fast becoming a stalwart of the UK poetry blogging scene" (Matthew Stewart, Rogue Strands)
"Clarissa Aykroyd is doing an important thing: a poet writing about poetry, and with a spirit of awed enthusiasm" (Tim Buck, Spectral Lyre)
"Your life, with its immensity and fear,
...now bounded, now immeasurable,
it is alternately stone in you and star."
(from 'Evening', Rainer Maria Rilke,
translated by Stephen Mitchell)