The Great Canadian Identity Crisis: Karen Solie's 'All That Is Certain Is Night Lasts Longer Than the Day' 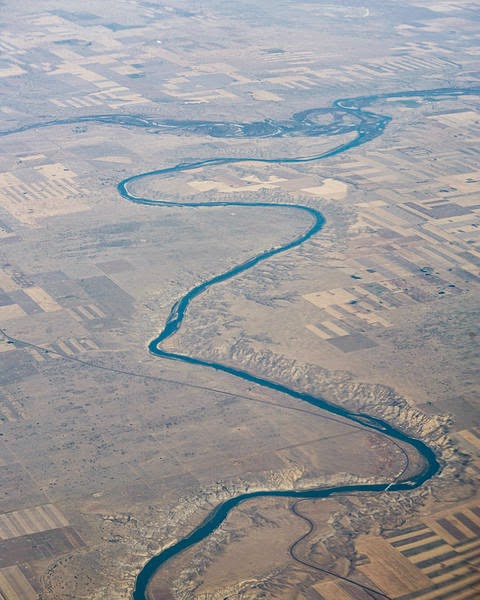 The South Saskatchewan River at Empress, Alberta. Photo by Emdx


My impending visit home to Canada seems to have brought on one of my bouts of Canadian identity crisis and questioning why exactly I left at all. Canadian identity crises (or simply, THE GREAT CANADIAN IDENTITY CRISIS) are quite complicated. If you are Canadian you will know what I mean, and if you aren't, you won't. But you could try looking up "western alienation" and "the two solitudes", for starters. Those are just two aspects of The Great Canadian Identity Crisis, but they will give you some clues.

Karen Solie is becoming a key Canadian poet at high speed, it seems. Her new Selected Poems, The Living Option, which has been published by Bloodaxe Books specifically for the UK/international market, has been extremely well reviewed. Writing in the London Review of Books, Michael Hofmann said: "Introducing Karen Solie, I would adapt what Joseph Brodsky said some thirty years ago of the great Les Murray: 'It would be as myopic to regard Mr Murray as an Australian poet as to call Yeats an Irishman. He is, quite simply, the one by whom the language lives.' Solie is Canadian [...] and, yes, she is the one by whom the language lives." Not bad at all. I seriously regret not seeing her at Poetry Parnassus, but maybe I'll catch her somewhere else someday.

Solie was recently interviewed for The Poetry Trust's Poetry Paper, along with other poets, about how landscapes and places affect their writing. She is from Saskatchewan and now lives in Ontario. "I've grown to love Toronto," she said. "It's a vibrant, crazy and often very warm city." However, she also lived for a time in my hometown of Victoria, BC, and said: "I had been living in Victoria, on Vancouver Island, writing my English PhD dissertation, when my resources ran out. Despite its beguiling and temperate Pacific character, Victoria requires an iron will from its residents and I did not have it." I have heard all sorts of things said about Victoria, both positive and negative (and I have said some of them myself), but this was a new one on me. I am still so intrigued by it that I sincerely I hope I can ask Solie what she meant, some day.

I have particularly enjoyed this poem of Solie's, 'All That Is Certain Is Night Lasts Longer Than the Day'.


As a description of changing identity over a lifetime, this poem could hardly be better. Mysteriously, I also feel as though it is about Canada. (Is that "In time you've learned that to behave badly isn't/necessarily to behave out of character"?) This is the self as place and journey, which feels very appropriate for Canadians. I read it and I think about trying to avoid regrets, which is valuable in itself. And the final lines are beautiful:


A mist not unlike it walks the morning streets, comments on
the distinction of Ottawa from Hull, Buda
from Pest, what used to be Estuary from what used to be
Empress and the ferry that once ran between them.


Ottawa is separated from Hull only by a conjunction of rivers, but Ottawa is the country's capital city, in Ontario, and Hull is part of the French-speaking province of Quebec. As for Estuary, it is a ghost town in Saskatchewan close to the tiny village of Empress, Alberta, and the two are also separated by rivers. Understanding the geographical nature of identity: this is really Canadian.

Posted by Clarissa Aykroyd at 23:19 2 comments:

Keith Douglas: "Well, I Am Thinking This May Be My Last Summer..."


Keith Douglas died 70 years ago today, on 9 June 1944. The fact that this anniversary closely follows that of the D-Day Normandy invasion is of course no coincidence. Douglas had survived the battles of North Africa (including an incident where he stole a truck and against orders drove to the front at El Alamein) and D-Day itself on 6 June 1944, only to be killed by mortar fire near Bayeux a few days later.

After reading Douglas's poems and letters, it feels particularly strange to me that his life just stopped so suddenly. That's especially the impression when looking at the 'Recipients of letters' section of Keith Douglas: The Letters (edited by Desmond Graham, Carcanet, 2000. Any quotations from letters are taken from this volume.) Douglas's mother died in the 1980s, his girlfriends died in the 1990s, but his life (and poems, and letters) just stopped in 1944; and it seems especially strange and sad for one so full of life. He was only 24. The incredibly tragic thing is that countless families had similar experiences of losing children, spouses and others during the World Wars.

I read Douglas's letters a while ago and found myself mostly caught between laughter and a desire to give him a slap. He was not exactly a reliable boyfriend and was engaged in a lot of dramatic on-off relationships. Some of his poems, or earlier drafts, appear in the letters, but he gives relatively little commentary on his actual poetic technique. This is why you will tend to see the same passages quoted on Douglas's approach, including this one: "[M]y object (and I don't give a damn about my duty as a poet) is to write true things, significant things in words each of which works for its place in a line. [...] I see no reason to be either musical or sonorous about things at present" (page 295 of The Letters).

Rather less frequently quoted are comments such as: "I have actually written another poem. Great stuff. I've only shown it to Hamo Sassoon who said 'Ugh! Strange and awkward', and a Canadian who read it without asking and said nothing" (page 68. Hamo Sassoon was Siegfried Sassoon's nephew). As well as being funny, this does provide some insight into Douglas's wry personality, and so do many of the other letters. He was a rather contradictory character, tough and romantic - I suspect this was partly down to genuine complexity, and partly down to being a very young man whose personality was still developing.

Possibly most entertaining of all is the letter he wrote to a girlfriend in which he suggests a comprehensive makeover: "You could look (to use your favourite word), marvellous, if you would only wear the right clothes for your figure and colouring. I would hesitate to tell you in a way because you would be surrounded with boys in no time and forget all about me. [...] In your thin dress you are skinny and unhappy-looking. Go in for checks and autumn sort of woven scarves and you would be the best of yourself, and attractive. [...] Chris don't be offended by all this, but I would love you to look as nice as I know you could" (page 51). In at least one other letter Douglas mentioned an interest in clothing design - as well as art, horses, ballet, water-polo and pretty much anything else you can think of. The existence of Keith 'Colour Me Beautiful' Douglas is perhaps something that has escaped the notice of many enthusiasts of World War II poetry, but he obviously liked girls so much that he wanted them to look good. It all made me laugh and also made me sadder about his early loss. He was already an incredible poet and a talented artist, and he wanted to try everything, if only he'd had the chance. In his last poem, the prophetic 'On a Return from Egypt', he wrote: "...time, time is all I lacked".

Clive James, the Australian broadcaster, critic and poet who has recently talked about his terminal illness, was filmed a few weeks ago reading and discussing Douglas's poem 'Canoe', around the release of the anthology Poems That Make Grown Men Cry. You can watch the video here:

'Canoe' begins: "Well, I am thinking this may be my last summer..." It is a breezy enough opening that you might assume he is just saying goodbye to a summer girlfriend - until you realise that this is yet another of Douglas's many poems about what he saw as his imminent death. Douglas, who often seems consciously light-hearted in his letters, was also very preoccupied with his own end, which may just have been a symptom of those deathly times. He was quite a headstrong young man, though, and one wonders if his fatalism and his expectation that he wouldn't survive may have made him that much more reckless, and that much more likely to lose his life. 'Canoe' is in any case a very touching poem.

Douglas will be out of copyright next year, so I expect to write about and post many of his poems then. It is just like my sadness about Sidney Keyes; both could be alive today if it weren't for the war.

Posted by Clarissa Aykroyd at 01:44 2 comments:

Email ThisBlogThis!Share to TwitterShare to FacebookShare to Pinterest
Labels: Clive James, Keith Douglas
Newer Posts Older Posts Home
Subscribe to: Posts (Atom)
"The Stone and the Star simply IS poetry" (Anthony Wilson)
"The Stone and the Star constantly surprises with new discoveries and reminders of old favourites... Fast becoming a stalwart of the UK poetry blogging scene" (Matthew Stewart, Rogue Strands)
"Clarissa Aykroyd is doing an important thing: a poet writing about poetry, and with a spirit of awed enthusiasm" (Tim Buck, Spectral Lyre)
"Your life, with its immensity and fear,
...now bounded, now immeasurable,
it is alternately stone in you and star."
(from 'Evening', Rainer Maria Rilke,
translated by Stephen Mitchell)