As I may have mentioned in past years, I'm not much for end-of-the-year lists: other people do them  better, my mind doesn't really work that way, I spent much of 2017 reading spy novels (all actual excuses for me this year.)

However, I thought I'd share some of my go-to poetry and poetry in translation websites, where you can find the finest and most varied poetry and work around poetry. Many of these are probably obvious already if you read my blog, they're also probably obvious even if you don't read my blog, and I've left out a lot (call this a small sampling rather than a list). But anyway, all of these come highly recommended and if you don't already know them, they will expand your poetry world.

As further proof of my laziness, I won't recommend blogs specifically, but will instead point out to Matthew Stewart's list at the Rogue Strands blog: http://roguestrands.blogspot.co.uk/2017/12/the-best-uk-poetry-blogs-of-2017.html

Posted by Clarissa Aykroyd at 22:28 No comments: 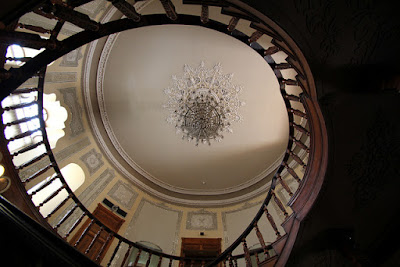 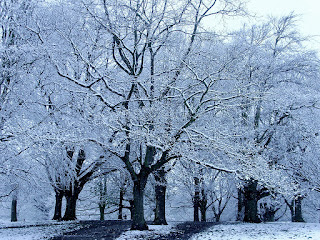 snow in london by myrealnameispete. Used under Creative Commons license


When cold weather comes, I often think of Robert Bridges's 'London Snow'. The fact is, though, that recent London winters have been mild (I think the last really cold and fairly snowy one was 2012-2013) and this poem just hasn't seemed as appropriate. But today (yesterday? and maybe again today) it did snow, substantially. I was out and about in it for a while, but didn't get a chance to visit a park, which would have been a good idea; it usually sticks for longer there. We had big fat flake snow, wet snow, rain, more big fat flakes... When I walked down the road later to my favourite local coffee shop, the large, airy flakes fell and I had a moment of...whatever snow conjures. Motion, stillness in motion, nostalgia (something I indulge in far too much these days).

The languid movement of the poem is exceptional in conveying the coming of snow, the gentle swing through the poem's lines of the present participles - "flying", "settling", "lying", "hushing". After the snowfall, the language becomes brisker and more descriptive, but still conveying the transformative nature of snow ("the solemn air," "crystal manna".) I also like how the poem describes the conflict between fallen snow's stillness and beauty, and the struggle of human beings in a big city who need to clear the snow away and get on with their lives.

When men were all asleep the snow came flying,
In large white flakes falling on the city brown,
Stealthily and perpetually settling and loosely lying,
Hushing the latest traffic of the drowsy town;
Deadening, muffling, stifling its murmurs failing;
Lazily and incessantly floating down and down:
Silently sifting and veiling road, roof and railing;
Hiding difference, making unevenness even,
Into angles and crevices softly drifting and sailing.
All night it fell, and when full inches seven
It lay in the depth of its uncompacted lightness,
The clouds blew off from a high and frosty heaven;
And all woke earlier for the unaccustomed brightness
Of the winter dawning, the strange unheavenly glare:
The eye marvelled—marvelled at the dazzling whiteness;
The ear hearkened to the stillness of the solemn air;
No sound of wheel rumbling nor of foot falling,
And the busy morning cries came thin and spare.
Then boys I heard, as they went to school, calling,
They gathered up the crystal manna to freeze
Their tongues with tasting, their hands with snowballing;
Or rioted in a drift, plunging up to the knees;
Or peering up from under the white-mossed wonder,
‘O look at the trees!’ they cried, ‘O look at the trees!’
With lessened load a few carts creak and blunder,
Following along the white deserted way,
A country company long dispersed asunder:
When now already the sun, in pale display
Standing by Paul’s high dome, spread forth below
His sparkling beams, and awoke the stir of the day.
For now doors open, and war is waged with the snow;
And trains of sombre men, past tale of number,
Tread long brown paths, as toward their toil they go:
But even for them awhile no cares encumber
Their minds diverted; the daily word is unspoken,
The daily thoughts of labour and sorrow slumber
At the sight of the beauty that greets them, for the charm they have broken.


Posted by Clarissa Aykroyd at 00:50 No comments:

On his blog Rogue Strands, Matthew Stewart's list of Best UK Poetry Blogs of each year is definitely one of the most interesting end-of-year lists to look forward to in the poetry world.

Matthew was kind enough to once again include The Stone and the Star on his recently published Best UK Poetry Blogs of 2017 list. (I was also pleased by his comment that my blog is "international in scope and range".) His blog, and all of those included, are musts for regular blog reading or at least for occasional browsing.

In other news, the Poetry Translation Centre published my recent tribute to their founder Sarah Maguire on their website, and you can read it here.
Posted by Clarissa Aykroyd at 21:36 No comments:

Email ThisBlogThis!Share to TwitterShare to FacebookShare to Pinterest
Labels: Matthew Stewart, Poetry Translation Centre, Rogue Strands, Sarah Maguire
Newer Posts Older Posts Home
Subscribe to: Posts (Atom)
"The Stone and the Star simply IS poetry" (Anthony Wilson)
"The Stone and the Star constantly surprises with new discoveries and reminders of old favourites... Fast becoming a stalwart of the UK poetry blogging scene" (Matthew Stewart, Rogue Strands)
"Clarissa Aykroyd is doing an important thing: a poet writing about poetry, and with a spirit of awed enthusiasm" (Tim Buck, Spectral Lyre)
"Your life, with its immensity and fear,
...now bounded, now immeasurable,
it is alternately stone in you and star."
(from 'Evening', Rainer Maria Rilke,
translated by Stephen Mitchell)