"Love of the Art and Others": Rembrandt and Elizabeth Jennings 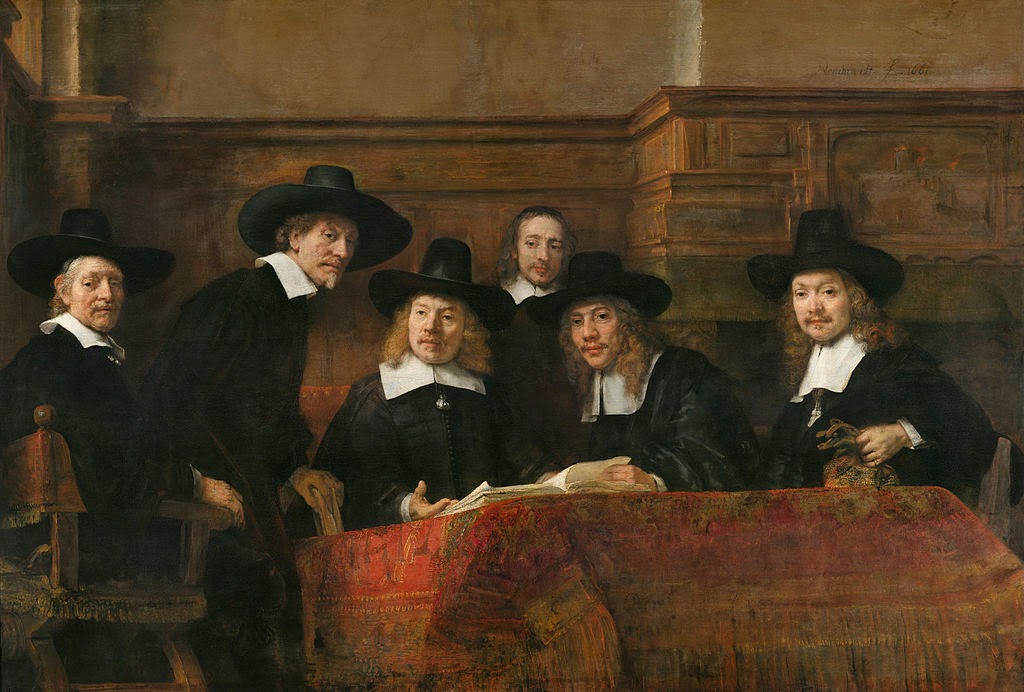 
A few weeks ago, the Rembrandt: The Late Works exhibition wrapped up at the National Gallery in London. I went to see it with a friend on the last entrance slot of the last day, which even by my standards is leaving things late.

Had I missed this exhibition, I would have had to kick myself around the block for eternity. It really was that good. Especially because I've been to the great art galleries in Amsterdam and The Hague, I had already seen many of these paintings before, but there were also many from the US and elsewhere that I had never seen. Besides that, it was simply overwhelming to walk through room after room filled with such masterpieces.

Syndics of the Drapers' Guild, above, is a favourite: a small digital reproduction can't show the liveliness, patience, eagerness to get back to work, and polite weariness in the eyes of the various men in this painting. Among other masterpieces, there were also The Jewish Bride, Saint Bartholomew, and various remarkable late self-portraits. 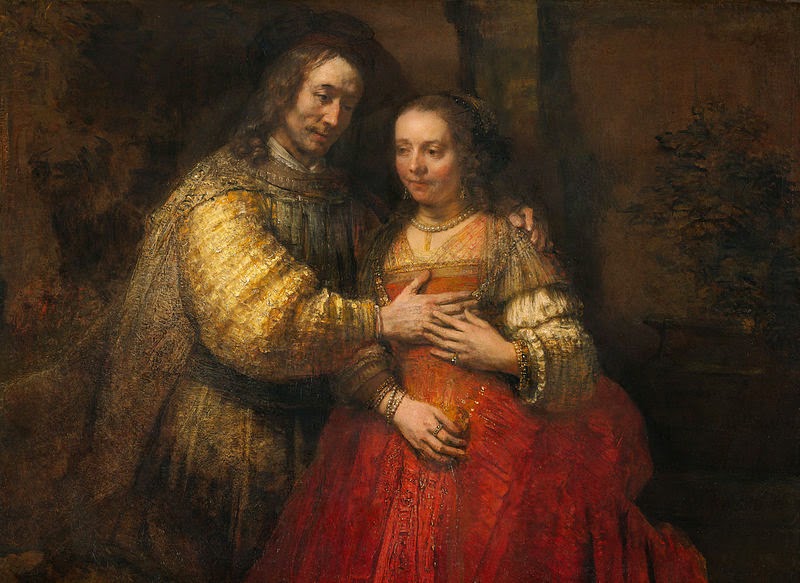 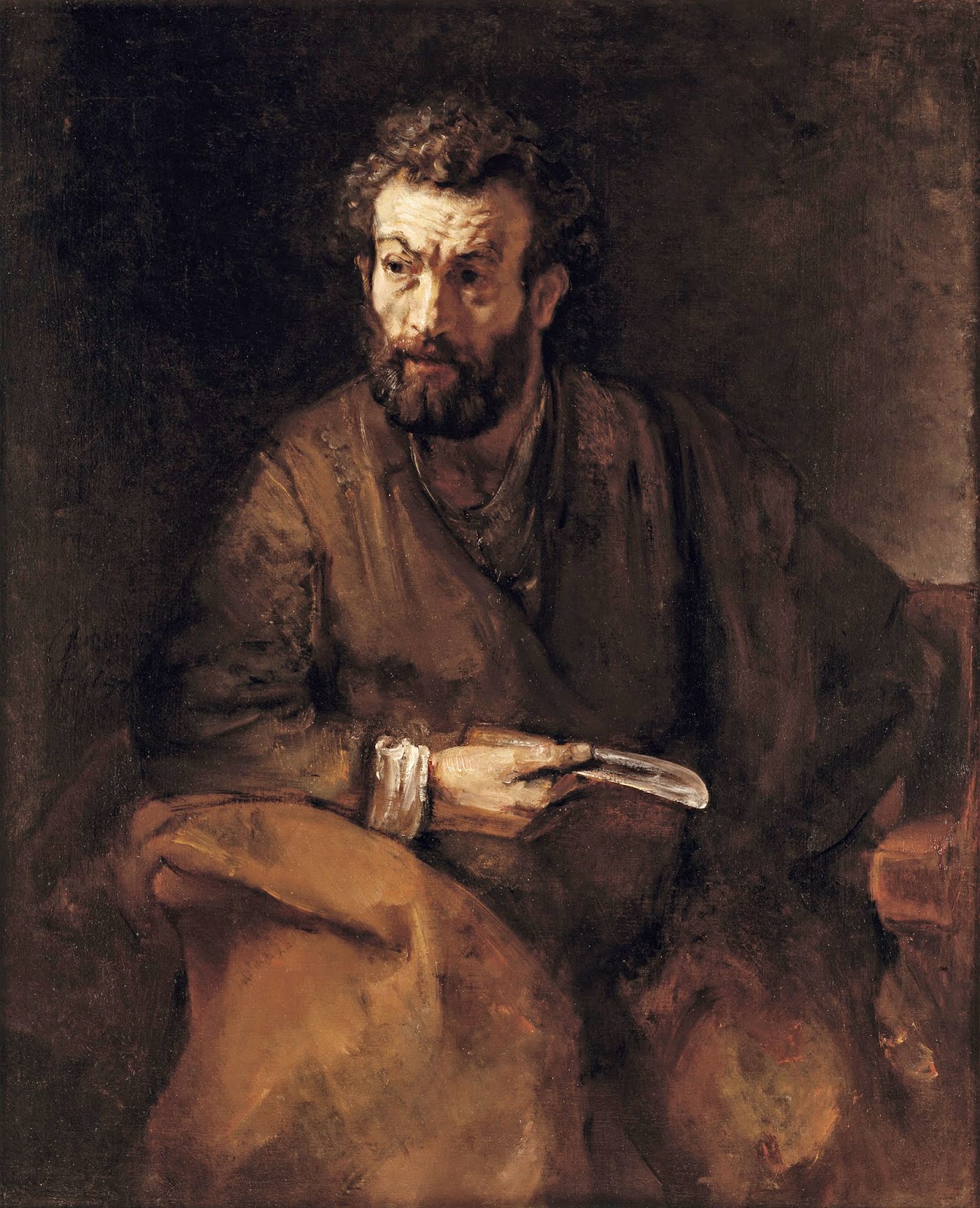 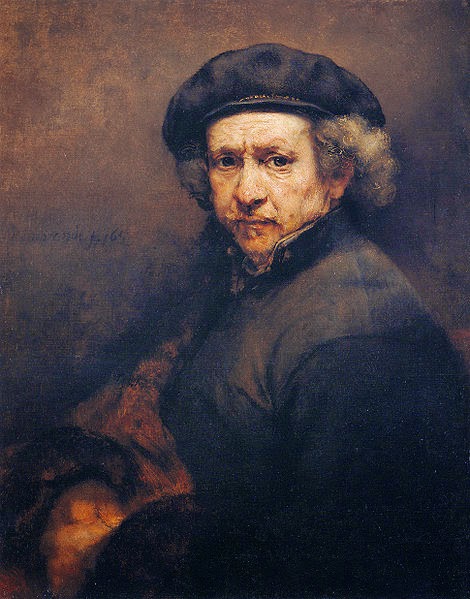 
It's hardly original to say that when you look at a Rembrandt painting, you feel as though you gain an insight into that person's soul. But I would go a step further and say that when you look into the painted eyes of the people who sat for him, or who he imagined from stories and from history, you seem to feel what that person is feeling. No wonder this exhibition was overwhelming.

As much as I love most forms of art, I generally have my doubts as to whether art can really make us better people. But when I look at Rembrandt's paintings, I sense that they actually can make us better, for one simple reason. Rembrandt looked at everyone - including himself - with empathy and interest, and without judgment. He gave his subjects dignity, no matter who they were. And when we gaze at his paintings, they invite us in to do the same.

English poet Elizabeth Jennings wrote this poem, 'Rembrandt's Late Self-Portraits', in tribute to some of the finest paintings I looked at that night a few weeks ago, and in tribute to the artist. Like the portraits themselves, the poem looks at Rembrandt both delicately and unflinchingly, seeing past the surface to all the implications of love, pain and self-scrutiny which lie underneath. You can read the poem, or listen to the poet herself read it, on the link below.

Posted by Clarissa Aykroyd at 21:09 2 comments:

December: With Byron and the Shelleys at Cologny 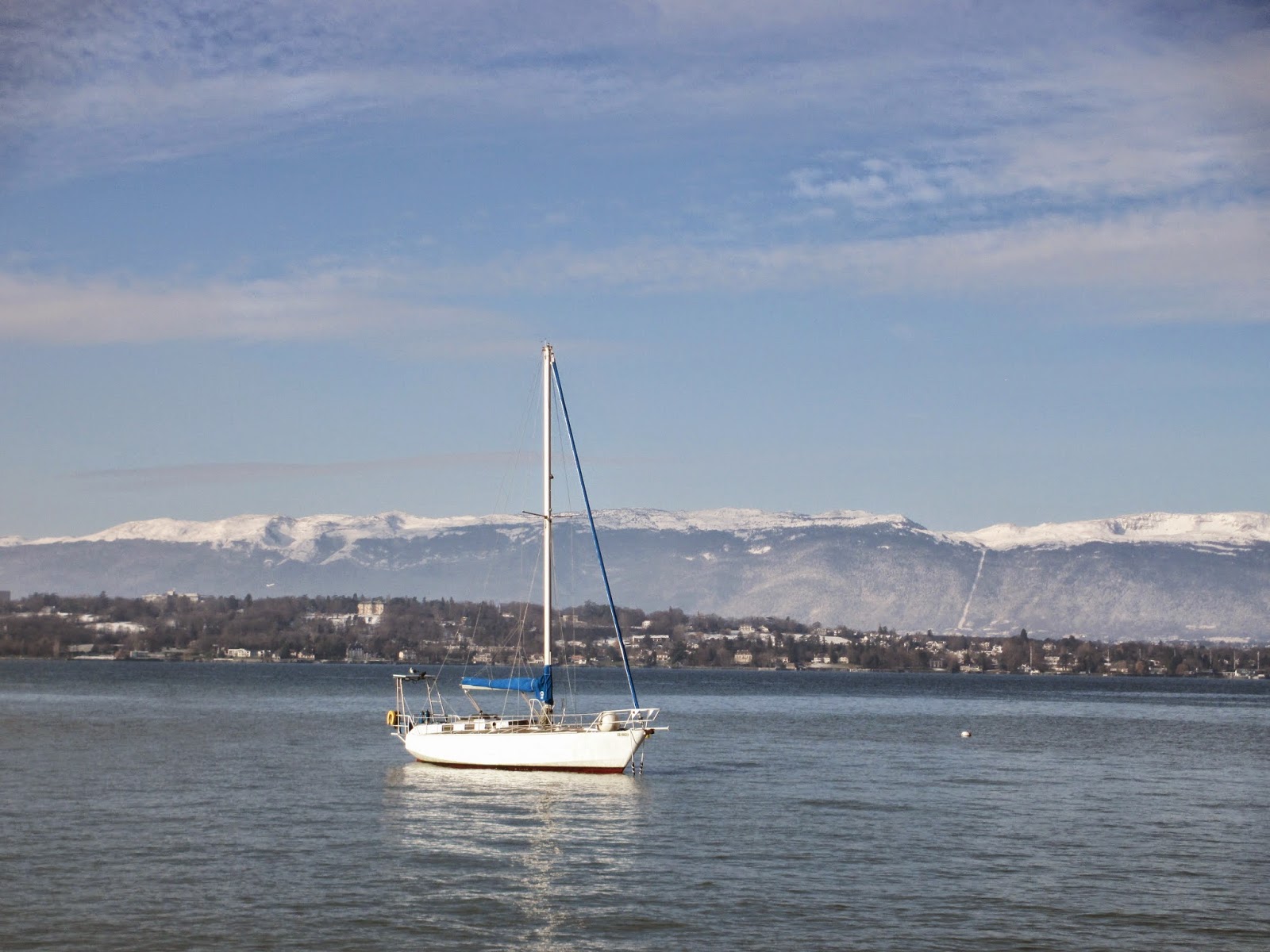 During the December holidays, I did a bit of travelling and went first to Luxembourg for a couple of days, then to visit a friend who lives on the German/Swiss border, and finally to Geneva for one night before flying back to London. Luxembourg, a beautiful (and expensive) city set strikingly across gorges, was new to me. My German friend used to live in Basel - where she still works - and I visited her there a few years ago so I knew that area a bit. As for Geneva, I had been there before, but it was close to thirty years ago when I was a small child. At the time the city hadn't impressed me much (it's not a child-friendly city) but I was curious to revisit it.

Geneva was still quiet, and this time it was cold. I peered at the floral clock, wished the Jet d'Eau was operational (wrong time of year, too windy, or both) and wandered by the lake, listening to the sailboats ringing in the wind. That was my first afternoon, when finally it started snowing fairly hard and I fled to a cafe where I drank a couple of coffees and managed to write a poem.

The next morning it was sunny and beautiful, and I decided to take a bus to the Cologny suburb to find Byron's house, Villa Diodati. Byron rented this villa from June to November in 1816, during an unusually cold and rainy summer. He stayed there with his personal physician, while Percy Bysshe Shelley, Mary Godwin (later known as Mary Shelley) and Mary's stepsister stayed nearby. Over the course of a few particularly rainy days when the group stayed in at Villa Diodati, reading and discussing fantasy and horror stories, they decided to come up with such stories themselves, which eventually led to the creation of Mary Shelley's Frankenstein.

I had a bit of a hard time finding the villa. First I went much too far on the bus, and as I walked back along the lake, the passersby I asked were either unsure of what I was looking for, or knew about it but didn't know where to go. Eventually, though, I found this: 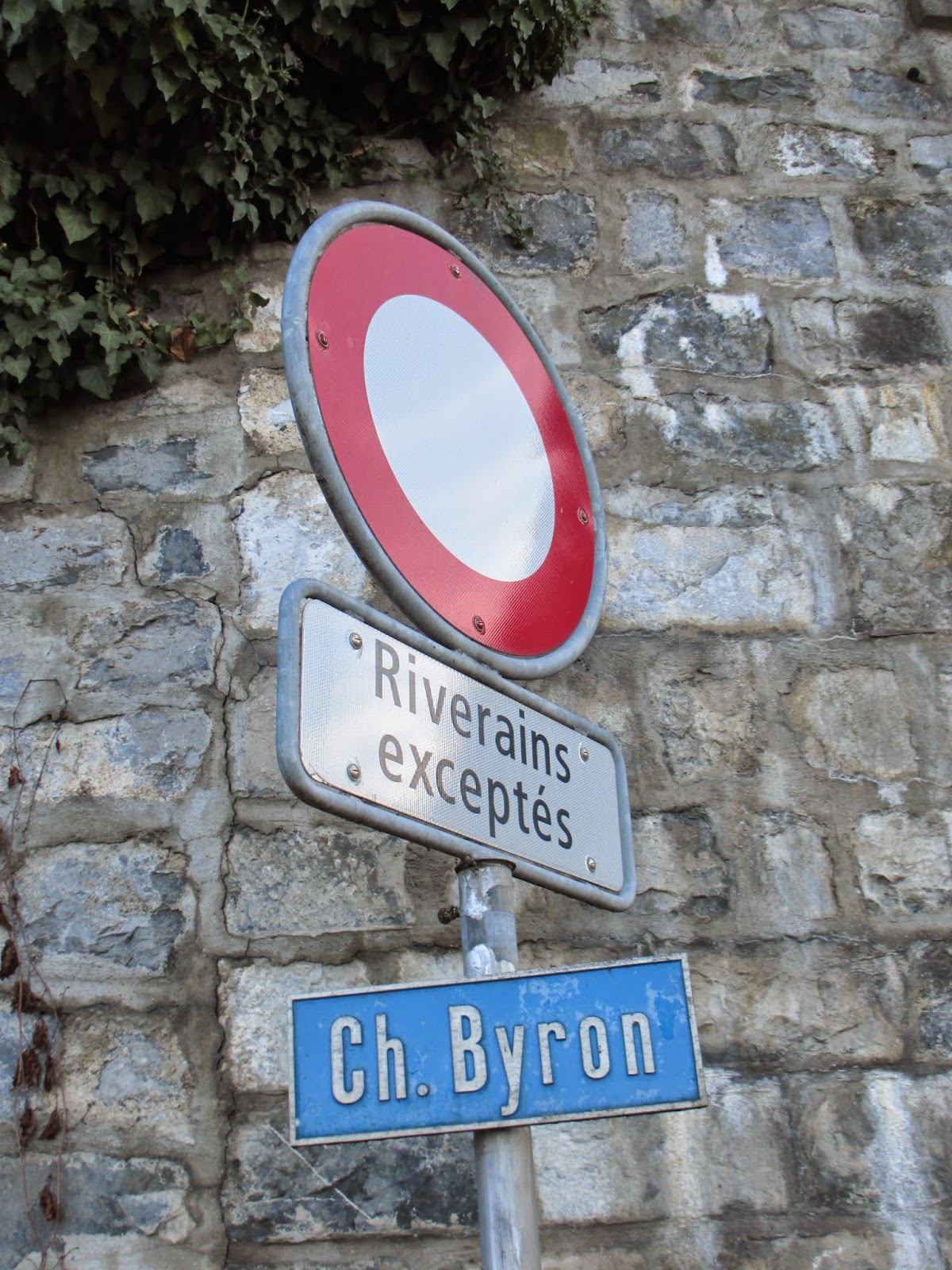 After a good steep walk up the hillside, I eventually found the villa, which also looked over a beautiful vista of Lake Geneva. It is privately owned, but all I really wanted to do anyway was peer through the gates. 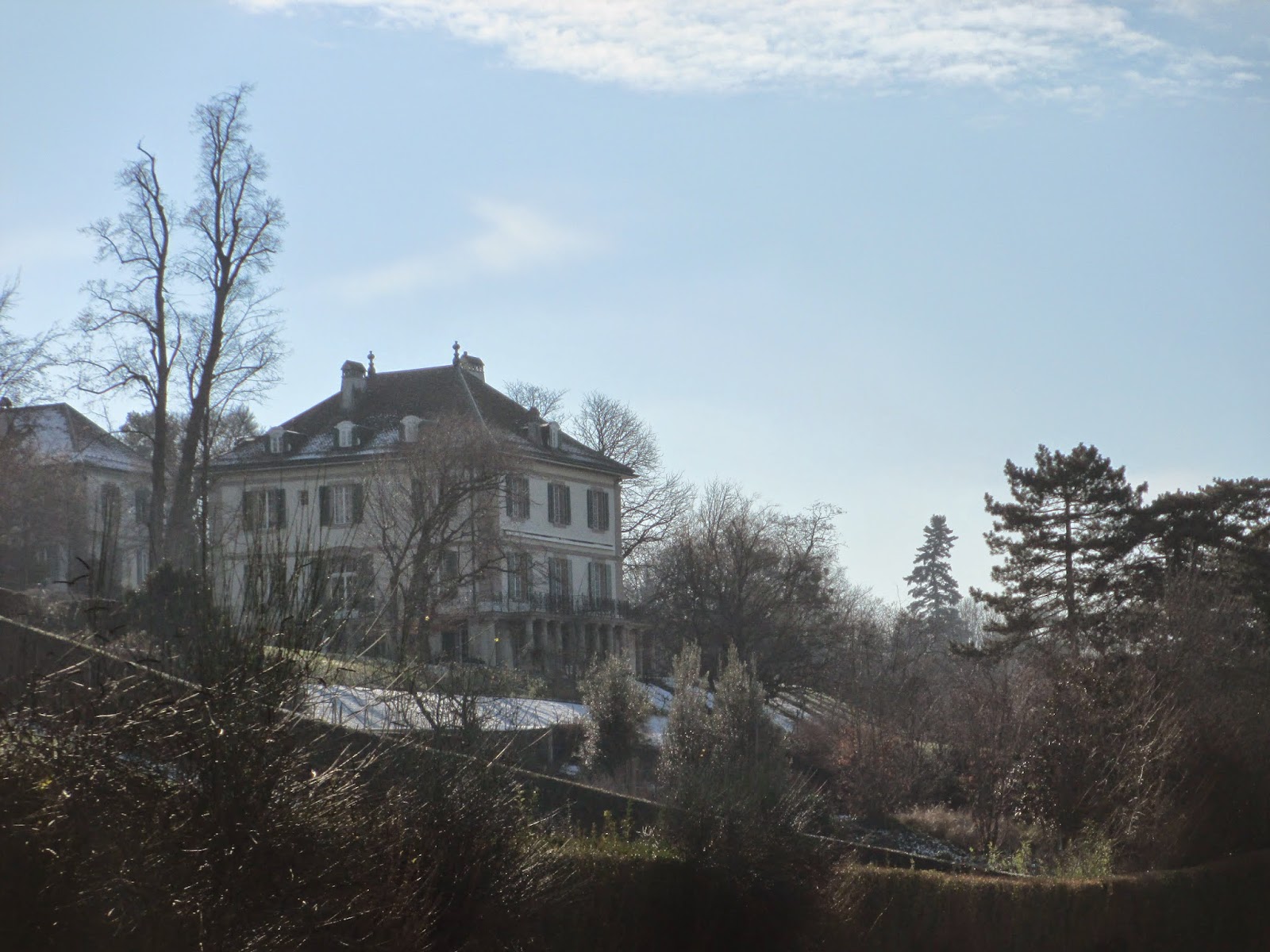 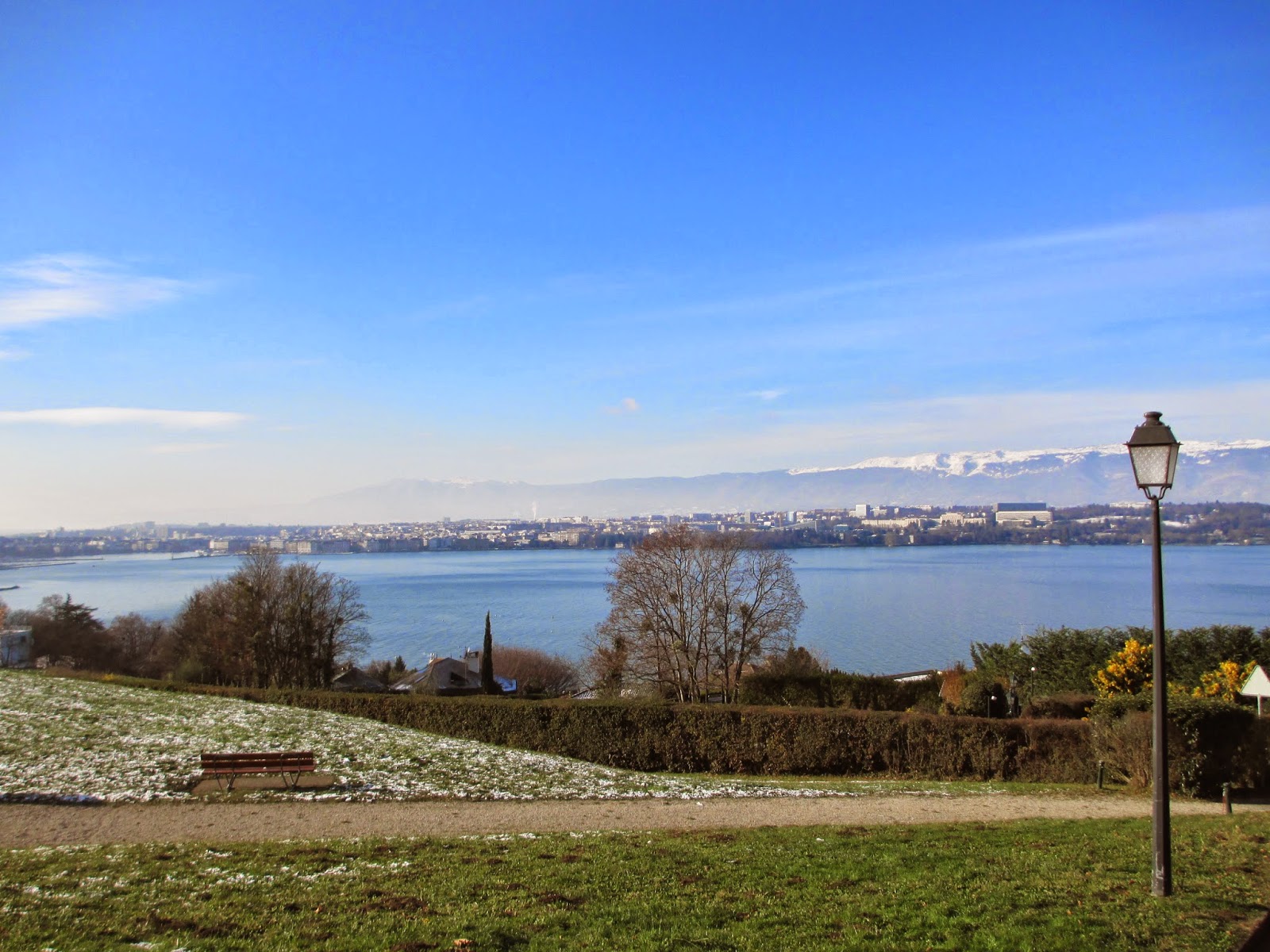 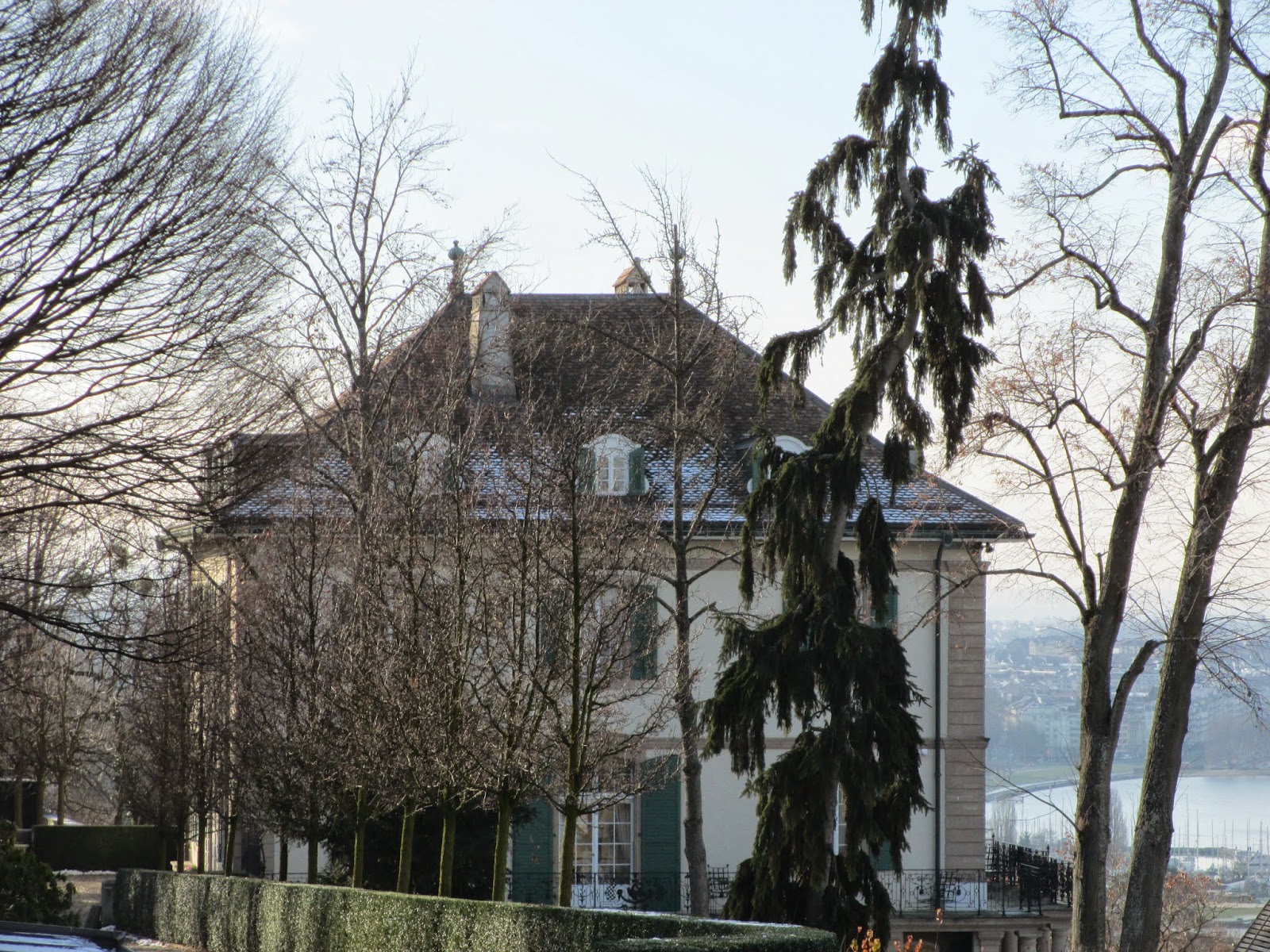 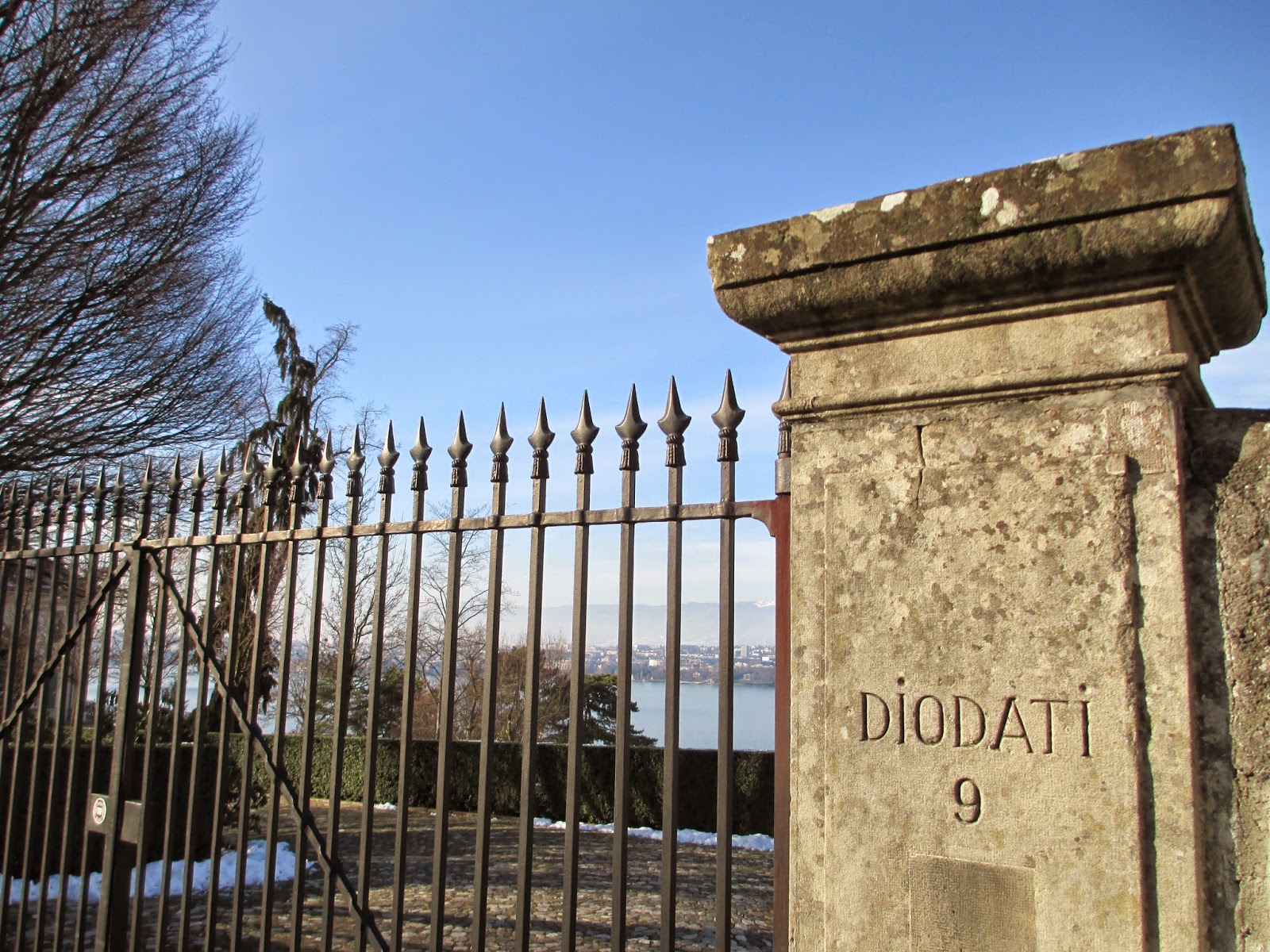 Apparently many writers have ventured to this villa to pay their respects to Byron, the Shelleys and Romanticism. I've never been a huge fan of Byron myself (more so of Percy Bysshe Shelley, while Mary Shelley's Frankenstein just isn't my kind of book), but it was good to catch a glimpse of the atmosphere which inspired these great Romantics - without all the rain.

Posted by Clarissa Aykroyd at 11:15 2 comments:

Email ThisBlogThis!Share to TwitterShare to FacebookShare to Pinterest
Labels: Byron, Geneva, Mary Shelley, Shelley
Newer Posts Older Posts Home
Subscribe to: Posts (Atom)
"The Stone and the Star simply IS poetry" (Anthony Wilson)
"The Stone and the Star constantly surprises with new discoveries and reminders of old favourites... Fast becoming a stalwart of the UK poetry blogging scene" (Matthew Stewart, Rogue Strands)
"Clarissa Aykroyd is doing an important thing: a poet writing about poetry, and with a spirit of awed enthusiasm" (Tim Buck, Spectral Lyre)
"Your life, with its immensity and fear,
...now bounded, now immeasurable,
it is alternately stone in you and star."
(from 'Evening', Rainer Maria Rilke,
translated by Stephen Mitchell)