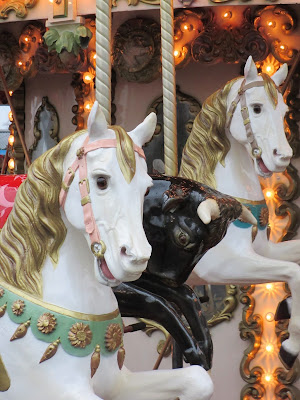 Strange Horizons, an American journal of speculative fiction and poetry, has published my poem 'Carousel', which I wrote a few years ago. It's always good when a poem finally finds a home.

You can read 'Carousel' here: http://strangehorizons.com/poetry/carousel/

And here you can listen to a quick podcast about the poem: http://strangehorizons.com/podcasts/podcast-carousel/

The podcast consists of an introduction by editor Ciro Faienza, a few comments from me about the inspiration for the poem, and finally, my reading of the poem. 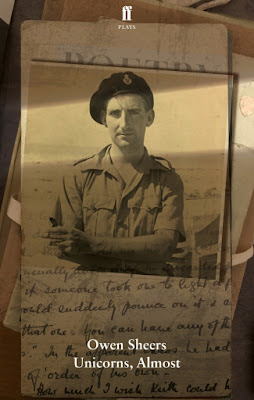 The Welsh poet, novelist and playwright Owen Sheers wrote a one-man play based on Douglas' life, Unicorns, Almost, some years ago and it premiered last month in Hay-on-Wye. I wasn't able to get to Hay, so I'm hoping that the play will be shown in London at some point.

You can now purchase the playscript from Faber, here: https://www.faber.co.uk/shop/drama/9780571231881-unicorns-almost.html

Here is the Guardian's review of the play: https://www.theguardian.com/stage/2018/may/28/unicorns-almost-review-poignant-portrait-of-a-tormented-war-poet

And here is Keith Douglas' poem 'Aristocrats', from which the title of the play was taken. In it, Douglas takes a very cold look beyond the myths of war's glories.


The noble horse with courage in his eye,
clean in the bone, looks up at a shellburst:
away fly the images of the shires
but he puts the pipe back in his mouth.

Peter was unfortunately killed by an 88;
it took his leg away, he died in the ambulance.
I saw him crawling on the sand, he said
It's most unfair, they've shot my foot off.

How can I live among this gentle
obsolescent breed of heroes, and not weep?
Unicorns, almost,
for they are fading into two legends
in which their stupidity and chivalry
are celebrated. Each, fool and hero, will be an immortal.

These plains were their cricket pitch
and in the mountains the tremendous drop fences
brought down some of the runners. Here then
under the stones and earth they dispose themselves,
I think with their famous unconcern.
It is not gunfire I hear, but a hunting horn.

Posted by Clarissa Aykroyd at 22:58 No comments:

Email ThisBlogThis!Share to TwitterShare to FacebookShare to Pinterest
Labels: Keith Douglas, Owen Sheers
Newer Posts Older Posts Home
Subscribe to: Posts (Atom)
"The Stone and the Star simply IS poetry" (Anthony Wilson)
"The Stone and the Star constantly surprises with new discoveries and reminders of old favourites... Fast becoming a stalwart of the UK poetry blogging scene" (Matthew Stewart, Rogue Strands)
"Clarissa Aykroyd is doing an important thing: a poet writing about poetry, and with a spirit of awed enthusiasm" (Tim Buck, Spectral Lyre)
"Your life, with its immensity and fear,
...now bounded, now immeasurable,
it is alternately stone in you and star."
(from 'Evening', Rainer Maria Rilke,
translated by Stephen Mitchell)