TS Eliot's Four Quartets in dance, at the Barbican 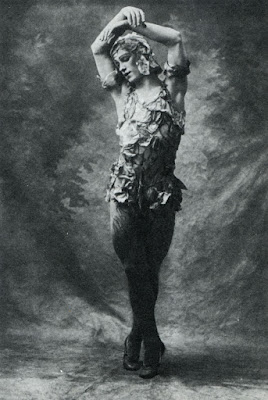 
This past weekend I went to the Barbican's presentation of a dance version of TS Eliot's Four Quartets, choreographed by the American choreographer Pam Tanowitz and first performed last year in the United States. Alastair Macauley, who was the chief dance critic for the New York Times until 2018, called this adaptation "the greatest creation of dance theatre so far this century".

I wanted to see Four Quartets because it combined a few of my interests and passions: TS Eliot's poetry, dance, and being Finnish (ok, the latter is a stretch, but the soundtrack featured music by the well-known contemporary composer Kaija Saariaho). My love for Eliot's poetry probably needs no explanation, but dance as one of my interests/passions might. I always had some interest in ballet, based on having seen The Nutcracker at a young age, loving Tchaikovsky's music generally, and reading some of the classic children's books about ballet, such as Noel Streatfeild's Ballet Shoes. However, I never learned ballet myself, and I always thought of dance as a beautiful and intriguing art form, but one which I was far more ignorant of than literature, music and visual art. Rather to my surprise, a few years ago I then found myself in a new job as a publisher for the Royal Academy of Dance, and I'm still there. I love the company but occasionally I am still a bit nonplussed that I'm working in dance education. Fortunately, the job required expertise in publishing rather than in dance (although having a bit of a music background helped.) And I have, of course, learned so much about dance.

However, it would probably be a stretch to say that my experience at the RAD helped me a great deal with the dance experience presented to me by Four Quartets. The RAD's main (though by no means exclusive) focus is on classical ballet, and the extent of my dance knowledge for my whole life has mostly resided in that area. I've mostly found modern dance to be a bit of a mystery. I am sure, though, that most of the audience members were there either mainly for the dancing, or mainly because of TS Eliot, and my way in was always going to be the words of Four Quartets. In fact, this show was truly multidisciplinary because the accompanying sets and artworks were by the American visual artist Brice Marsden. Four Quartets was read in its entirety by the US actor Kathleen Chalfant, and the dancers accompanied the words.

The dancers didn't, in fact, try to illustrate the words, which was both challenging and fascinating. As they leapt, rolled, and circled against the delicate but powerful greens, reds and whites of the set, I found myself sometimes confused and irritated, sometimes enthralled, and I think this may have been the idea. This was not a literal interpretation, but one which set up all kinds of tensions, and Four Quartets generates tensions and juxtapositions in almost every line, starting from the opening of 'Burnt Norton': "Time present and time past/Are both perhaps present in time future,/And time future contained in time past." At times I thought that the dancers were trying to do the opposite of what the text was saying, and I wondered: is this escape, or a source of power? This performance helped to remind me that (and this makes it quite the opposite of much poetry, particularly now) Four Quartets is a sequence often inspired by very concrete places and things, but frequently presented in very abstract terms. Visitors to the real places of the poems - Burnt Norton, East Coker, the Dry Salvages and Little Gidding - are often surprised that the places are not only real but described with great accuracy. And yet, their explorations feel more mental and emotional than "real-world", at least to me. (I must say that the "rose garden", the "box circle" and the "drained pool" of 'Burnt Norton' feel to me like part of the disturbing, preternaturally silent landscapes of a 1970s/1980s text adventure computer game such as Zork, which is probably both blasphemy and highly accurate, and another area of opposition and tension. What is a computer game, anyway - abstraction or "reality"?)

Saariaho's sparse music accompanied the performance's visual impressions, and the words, beautifully. I may have been confused and challenged by much of the dancing, but I think that it helped to open the poems to me in a different way. Art exerts pressures on our minds, and watching the dancers, listening to the music and to the poetry all at the same time undoubtedly shifted that pressure so that I experienced Four Quartets in a new way.

The Four Quartets program has an excellent essay by Dana Mills about 'TS Eliot and the dance of writing', from which I learned a lot about Eliot's interest in dance; again, he seems to have transformed real people and artistic references into metaphysical concepts. Eliot saw the great dancer Isadora Duncan, as well as Nijinsky dancing in Le Spectre de la rose, which he specifically mentions in 'Little Gidding' ("Nor is it an incantation/To summon the spectre of a Rose"). Later, the groundbreaking dancer and choreographer Martha Graham was influenced by Four Quartets. Famously, in 'Burnt Norton' Eliot wrote "...at the still point, there the dance is"; more tension and contradiction resolved into a strange unity. Mills writes: "Four Quartets dances on the boundaries between the human and the inhuman; bodiless and visceral; past, present and future; the emotive and the emotionless. The poems are verse that transcends its sum of words. The words have body and transcend their flesh; they are, like dance, both still and shifting."

This page on the Barbican website (which I hope will stay for a little while, as I believe the performances are over) has images from the production and more interesting information about its conception and development: http://sites.barbican.org.uk/fourquartets/

Posted by Clarissa Aykroyd at 22:44 2 comments: