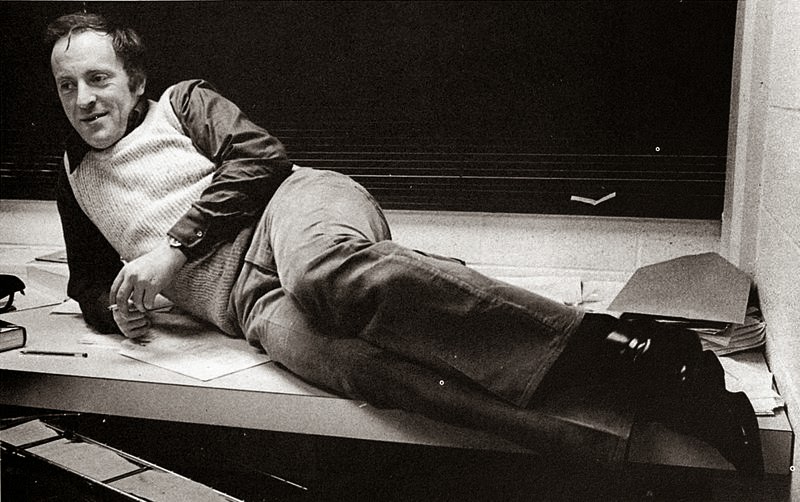 Today was UNESCO World Poetry Day, which doesn't really mean all that much because every day can be World Poetry Day, but I still approve of a day officially for poetry. A good time was had by all poetry folks on social media, for sure, and some were able to go to special readings and other events marking the occasion.

I wanted to share an anecdote which I suppose has something to do with poetry's reach. I recently wrote here about the poetry reading that I went to featuring Clare Pollard, Fleur Adcock and Michael Symmons Roberts. After that reading I was able to chat with David Harsent and his wife, the actress Julia Watson - I had a good reason to do so, as they have LAMDA connections and helped us with some matters relating to development of a new publication. They were lovely and it was a great pleasure particularly as David Harsent is one of my favourite poets.

Before the reading, though, I had an equally interesting encounter. I was hanging about sipping my glass of wine and trying to look nonchalant when I realised that I was inadvertently (well, sort of) eavesdropping on a fascinating conversation between a Russian lady and a gentleman. They were talking about Joseph Brodsky and the Russian lady was recalling moments from interviews she'd conducted with John Le Carré and Derek Walcott about Brodsky (and other matters, apparently - there was some discussion of Derek Walcott's cat.) I was slightly agog, particularly given that John Le Carré and Walcott are two of my literary heroes. So by the time I admitted to them that I was completely eavesdropping, and the gentleman wandered off, I was able to slip into a few minutes of conversation with this interesting lady. I asked her about her writing and work and she told me that she had written many books about Brodsky. She then mentioned that her husband was the late Daniel Weissbort. I was a bit dumbfounded - Daniel Weissbort died only a few months ago and I had read many tribute articles and obituaries. He was the founder of Modern Poetry in Translation, along with Ted Hughes. She herself was Valentina Polukhina, not only a Brodsky expert but a major scholar and advocate of Russian literature for English speaking audiences. I told her that I didn't know a lot about Brodsky but that I adored Mandelstam, and she said "The advantage of Mandelstam is that he has been translated by many different people, so you have a lot of choice." I also told her, quite sincerely, that I would rather read Modern Poetry in Translation than most journals dedicated to contemporary English-language poetry, and she seemed happy about that. When we introduced ourselves, she said to me that the name Clarissa was also found in Russia, but that it was considered quite aristocratic.

It was a lovely, striking encounter. A couple of days ago, the fantastic lyrikline website of international poetry in translation shared a blog post with readings by Brodsky - they shared a number of great poets reading their work, leading up to World Poetry Day. His reading of his poems in the original Russian is absolutely hypnotic. Also, I wanted to highlight these selections from his 'Part of Speech', which was translated by Daniel Weissbort.

Posted by Clarissa Aykroyd at 22:40