'My Father Carries Me Across a Field' by George Szirtes: Journey of Memory 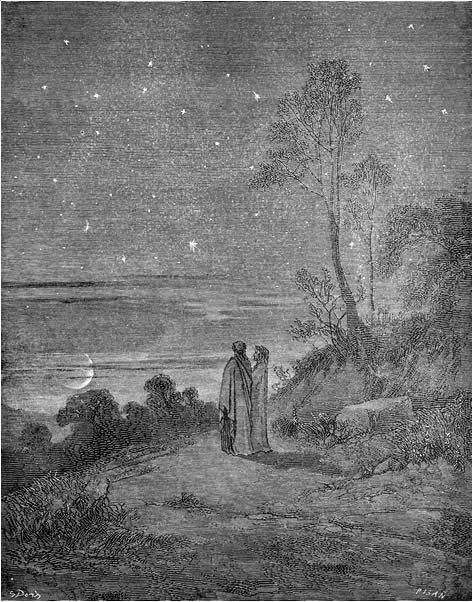 The Darkening Sky of the First Night - Gustave Doré, for Dante's Divine Comedy


I have come to think that all poetry, and I suppose all art, is about memory. I don't see how it can be otherwise.

The Hungarian-British poet George Szirtes wrote the poem 'My father carries me across a field' as part of a sequence called 'My Fathers' in the collection Reel, which won the 2005 TS Eliot Prize. Much of Reel, the title of which deals with the film-reel of memory, is bound up with recollections of childhood. 'My Fathers', the title of the sequence, signals the brokenness, multiplicity and (in some respects) inconsistency of memory.

You can read 'My father carries me across a field' on the link below, from the Poetry International website. I also recommend that you watch the accompanying video, where Szirtes discusses the experiences which gave rise to the poem and then reads it.


MY FATHER CARRIES ME ACROSS A FIELD (George Szirtes)


In its most literal sense, this poem is about Szirtes's family leaving Hungary at the time of the Hungarian Uprising in 1956, when he was a child. Written in terza rima, one of the poet's favourite forms, the poem seems to me to evoke Dante not only in form but in content ("Spirits everywhere are drifting over blasted/Terrain"). It is many years since I read the Divine Comedy, but the whole poem and this image in particular reminded me of Dante; I am not sure if this is a general impression, or a specific reference (conscious or unconscious).

Besides Dante, in my opinion, the real poetic presence in this poem is Theodore Roethke. "We go where we have to go", says the narrator looking back on his child-self, and this seems a direct reference to 'The Waking': "I learn by going where I have to go." I also felt that there was something of Roethke's 'In a Dark Time', although this is less clear to me.

Certainly, 'My father carries me across a field' feels like an account of a psychological journey as well as a physical one, and this is very Roethke-esque. "My instinct about memory is that it is half imagination," says Szirtes in the video interview, and this is a poem where an adult narrator with an enormous knowledge of literature and a whole life's experience looks back on a very intense, disorienting moment in childhood. The poem is a snapshot which also becomes a palimpsest - adult knowledge and emotion placed over childhood knowledge (for example, the books of A A Milne, the only English literature which he had read up until that time) and emotion. It feels true, and it is true, but it is not necessarily an entirely accurate (in the strictest sense) account of what happened.

While the poem is a revisiting of what must have been a fairly traumatic childhood experience, it is clearly also a way of accommodating and dealing with the experience. Art is a space in which we can deal with trauma. I found the final lines particularly telling in this regard:

In this place but keep moving, without sound,
Lost figures who leave only a blank page
Behind them, and the dark and frozen ground

They pass across as they might cross a stage.


This is the moment when the camera pans away, and quite sharply. The moment is both dramatised intensely, and depersonalised, in a sense. The narrator suddenly moves from "we" to "them" and "they", both placing the figures of the poem on a dramatic world stage, and moving away towards the person he has become.

This is a poem which I find both unsettling and beautiful and which seems to evoke so much of the turmoil of Europe - and the world - in decades past, and now.

Posted by Clarissa Aykroyd at 22:22