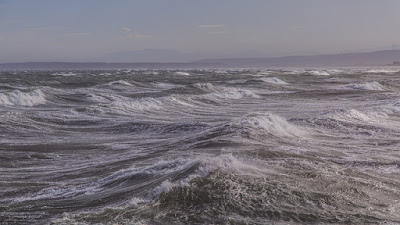 
I haven't been writing a lot about Louis MacNeice lately, but he very often comes to mind at times of drama and tragedy on the world stage - Autumn Journal is one that I have re-read a lot. I posted his poem 'Prayer Before Birth' here, in January 2015, in the context of the Charlie Hebdo massacre in Paris.

MacNeice, who I think of as a journalist of poetry, has that quality of reassurance when you read him - for me, it's like watching a terrible event unfold on the news, but your favourite newscaster is covering it in a calm, measured fashion. It doesn't take away the horror, but it does make it a little easier to process.

This week I thought of MacNeice's short poem 'Wolves', which you can read here: http://www.thesundaytimes.co.uk/sto/news/Review/News_Review_of_the_Week/article414956.ece

'Wolves' was written in the mid-1930s, like many of MacNeice's great poems. Thursday's atrocity in Nice may have given it an extra charge, based on the seaside imagery. Essentially, though, I find it quite a difficult poem to grasp firmly. On one hand, the speaker wants to be a person who lives in the moment, with the joys and difficulties that this brings; on the other hand, he knows that this means burying his head in the sand. Presumably this was a very difficult balancing act in the 1930s. It is now, too.

Posted by Clarissa Aykroyd at 12:35