Terrance Hayes: American Sonnets for my Past and Future Assassin 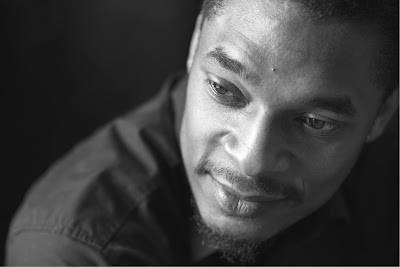 American poet Terrance Hayes has been one of my favourite discoveries of recent years. His poetry explores themes of masculinity, parenthood, black and American identity, in verse that is warm, energetic and intensely interested in form. For the centenary of Gwendolyn Brooks, he devised a new poetic form, the Golden Shovel, which resulted in an anthology of the same name dedicated to Brooks and using the form.

Hayes' next collection will be American Sonnets for my Past and Future Assassin, to be released in June. A number of these poems - all bearing the same title, 'American Sonnet for my Past and Future Assassin' - have appeared over the past year in online journals, and I have felt a thrill of excitement every time I have seen a new one. I was at the London launch of The Golden Shovel anthology, where many of the contributors and editors appeared, including Patricia Smith, Malika Booker and others.  Terrance Hayes read some of the 'American Sonnets', and the atmosphere was electrifying (this time the cliché is definitely appropriate).

Here are just a few of the 'American Sonnets', which are even more varied than this selection suggests. I'm pretty sure this is going to be one of the best collections of 2018, if not the decade.