I visited Red Cross Garden to properly start my poetry residency just over a week ago, on an evening when the weather was only somewhat less unpleasant than it is today. Fortunately, it cleared up for most of the time I spent visiting.

Mary O'Connell, who is the Volunteering and Education Facilitator at Bankside Open Spaces Trust (which administers this garden and other green spaces around the Bankside area), gave me a thorough and interesting tour, pointing out the botany of the garden, its features past and present, and some details about the restoration. Red Cross Garden was first laid out in 1887, and along with its cottages and community hall, it was part of Octavia Hill's social housing work. She believed strongly in the importance of decent housing, access to nature and exposure to culture for disadvantaged people. The cottages are still in use as social housing, and they are charming to look at. The community hall was used for concerts and poetry readings. After the garden fell into disrepair during World War II, it was restored by Bankside Open Spaces Trust in 2005-2006, with many of its original features such as the small bandstand and wildlife pond.

I took a number of photos, some of which you can see below. There are certainly a number of possible angles for poetry - history of the garden and the area, Octavia Hill herself, the work to restore the garden, the botany, and so on. I've written one poem so far, but it is under wraps for the moment. Suffice it to say that a fictional character who has played a major role in my life walked into the garden (as it appeared in my mind after visiting), and it made sense to write about him there as I could see him so clearly.

I'm off on holiday in a couple of days, for about a week, but I will certainly be visiting the garden again soon after that, and writing some more. 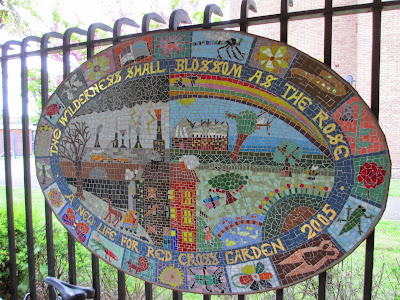 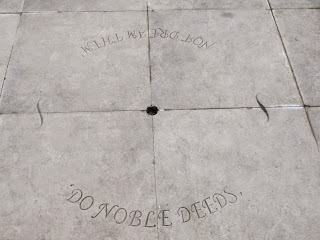 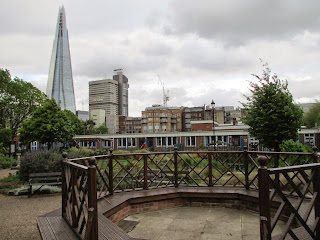 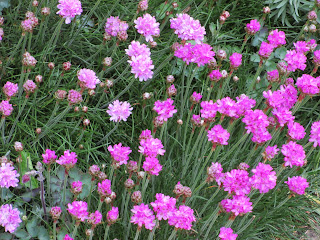 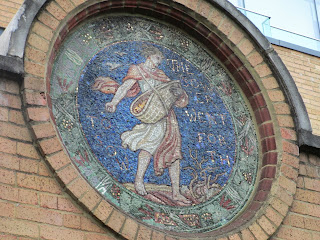 Posted by Clarissa Aykroyd at 20:50